Black History Month – The Fight for Voting Rights in The United States.

Voting in a democracy is not always a given. As the Freedom to Vote Act and the John R. Lewis Voting Rights Advancement Act failed in the Senate in January, 2022, the fight for equal voting rights in The United States continues.

It was January 18, 2022, the day before the Senate had failed to pass two bills which would combat voter restriction – a practice that predominantly disenfranchises Black and Hispanic voters. Photojournalist and political science expert Allison Bailey was photographing protestors who were arrested for singing in a permitted area on the steps of the Senate building in Washington DC.

“The singing of the civil rights era songs is a means of demonstrating peacefulness…One thing about the voting rights movement is that it has been consistent no matter what. It has been about nonviolent mass action, ” she said in an interview – she is a photographer for NurPhoto, a partner of IMAGO.

Among the protestors were students and Reverend Stephen A. Green, who went on a hunger strike for voting rights and was one of the attendees arrested that day. As a movement, voting rights has been in the fabrics of racial justice dating back to the civil rights era.  And having gained tremendous momentum in the last twelve months it is shaping both political and social landscapes in American culture.

“The thing that shocked me more than anything,” said Bailey, “was when one of the bicycle cops – not somebody who normally guards the Senate doors – got an AR15 [gun] and went up the steps so that he could watch everybody and have an elevated position, in case he needed to shoot.”

A week later, Bailey attended a so-called anti-vax demonstration where protestors carried flag poles which are forbidden on federal property. And yet, they faced little push-back from police, she said. “To be totally objective, there is clearly a double standard,” said Bailey, who has photographed protests across the political spectrum. Unfortunately, as we have seen throughout history, police aggression is not new to racial justice activists.

One of the first major voting rights efforts back in 1964, the Freedom Summer led by Bob Moses, was met with violence, beatings and arrests from police, and even killings by the Klu Klux Klan. But when you search Bob Moses in Google Images or IMAGO’s database, you will see photos of a Canadian electronic band. Robert, mostly known as Bob Moses, with the help of students and organizations, led the Freedom Summer which aimed to promote voter registration among the Black community in Mississippi, a state with less than seven percent of eligible Black voters being registered at the time.

Despite great support, The Freedom Summer struggled to attain massive results due to the dire racial crisis at the time of its conception. It remained to be, however, one of the catalysts for the Civil Rights Act of 1964 and Voting Rights Act of 1965, marking the slow transition out of the Jim Crow era. It also led to the founding of the Mississippi Freedom Democratic Party, and the opening of 41 Freedom Schools which provided alternative education from the segregated school system.

It isn’t just a band of two white Canadians taking the spotlight from Bob Moses in internet search engines. The many voting rights activists whose legacies have been undercut, are those whose fight lies in achieving true democracy – the pillars of which rely on the ability to vote, after all.

The 15th Amendment was passed in 1870 which extended voting rights to Black citizens, but was countered by loopholes such as the Grandfather Clause for almost 100 years to follow. Black voters were also met with violence and intimidation at polling stations, some were even killed. They often had to pass difficult literacy tests, and recite entire passages of the Constitution while White voters did not. Since President Johnson signed the Voting Rights Act of 1965 to combat voter discrimination, activists continue to swim upstream.

In the last year, 19 states have passed 33 laws restricting access to voting. Some of the issues seen recently include the closing of polling stations and restricting mail-in voting in predominantly Black or minority districts for example. This effectively means that people would have to travel and wait in line just to vote, on a Tuesday no less. Meanwhile what is often seen in these same states, is that voters in predominantly White districts can simply mail their ballots in advance. “For states to get away with basically telling certain groups of people that they can’t vote, once you do that, you’ve lost all claim to democracy” said Bailey.

“There is a geographical divide between where you can vote and where you can’t, and we probably wouldn’t worry so much about that if it was a state here and there.

But for the most part those states are contiguous, meaning that there are huge chunks of the country where if you are a person of color, your right to vote may not be guaranteed,” she explained.

Bailey, who worked as a consultant on campaigns in Georgia while finishing her PhD in Political Science at Emory University, taught as a political science professor at the African Center for Strategic Studies before becoming a photojournalist for NurPhoto agency. Her background is extensive, as she focuses her studies and teachings primarily on civil conflict, ethnic conflict, and human rights within politics, now covering protests in Washington DC. From getting tear gassed and harrassed by police at George Floyd riots, to her cameras being damaged at the pro-Trump protests leading up to the Capitol riots, she considered the voting rights peaceful demonstrations to be “a breeze,” she said.

The Freedom to Vote Act and the John R. Lewis Voting Rights Advancement Act of 2021 came with a package of high pressure on the Biden Administration, who had promised these changes as he took office.

“[The voting rights movement] has definitely ramped up in the last year, a lot of that was because with Biden winning the election, there was this anticipation that these things were going to get done,” said Bailey. But the bills, which would impose a plethora of rules ensuring access to voting, were blocked on January 19, 2022, thanks to a perfect storm of partisan divide, filibusters (which obstruct decision-making in the legislative branch), and two moderate-democratic senators: Joseph Manchin of West Virginia, and Krysten Sinema of Arizona, whose ‘nay’ votes were ultimately the deciding factor. They, along with every single republican senator voted against blocking the filibuster which would allow the bills to be debated on the floor, essentially squashing any chance for the bills to be passed.

The two bills would have helped roll back some of the 33 voter restriction laws introduced over the last year, and expand voter access. They would have combated voter ID laws for example, which require that voters in some districts present a driver’s license or a passport. The bills would have also targeted gerrymandering which manipulates electoral district boundaries – a practice that has historically undermined Black votes. Preclearance would have also been reintroduced: a sort of checks-and-balance element of the 1965 Voting Rights Act preventing certain states from infringing on voting rights, which was halted in 2013. Making Election Day a holiday, requiring states to replace out-dated voting machines, along with same-day voting registration, and many more nuanced actions with big impacts, were all outlined in these two bills.

Anecdote: In conversations with the county commissioner in Alabama, Bailey said she discovered that the laws have also targeted college students by restricting mail-in ballots. “They have to be mailed to your street address on your driver’s license and most students have post office boxes on their campus, so now they have to go home which I’m sure is easy for some, really difficult for others,” she said, since students from out-of-state or without a driver’s license run into problems.

While around 25 states have increased voter access, the worry lies in the fact that the restrictions exist in states where voter turnout is most critical. Those affected by these laws live in highly racially and politically divided areas that pose high stakes during elections, meaning that every vote matters all the more. Texas, Georgia, Arizona, Florida and Iowa are among the 19 states having passed voter restriction laws in the last year. And it is those exact states – often referred to as swing-states or battleground states that can decide entire elections because of the winner-takes-all electoral system – where these extremely thin margins during voter turnouts have drastic consequences. A Californian who can vote by mail in a state that always votes Democrat, lives a different political reality to an inner-city swing-state resident who needs either a passport or driver’s license, cannot vote by mail, and cannot take off work on Election Day.

Bailey, who grew up in Alabama and is no stranger to the racial and political divide in the United States, expressed her disbelief of these recent attempts to hinder votes: “I never saw anything like this where you are trying to legally disenfranchise someone. I couldn’t have imagined that 25 years ago,” she said.

The laws also transcend the obvious moves like requiring a driver’s license or blocking mail-in voting. In Georgia for example, you can now be criminally charged for providing water or snacks to people waiting in line to vote. In Iowa and Kansas, you can face punishment for assisting people with disabilities to vote.

Since the bills failed in the Senate, what now? Aside from civil disobedience, countless organizations are revving their engines. Black Voters Matter, the NAACP Legal Defense Fund, People for the American Way, American Civil Liberties Union, Democracy Works, and the League of Women Voters, to name a few, are busy with grassroots engagement: From raising awareness, providing education on registering to vote, to ensuring that votes are counted fairly. Voting and campaigning in small local elections is also crucial, because they decide who handles ballots and manages election results.

Senfronia Thompson, dean of the Texas House Delegation who has been a House Representative since 1972 gave a speech in Virginia on voting rights last summer. “If we can go to Iraq, and American soldiers, black, brown white and all, can spill their blood in a country to give those people the right to vote in their democracy,” she said, “and then come home to America and be denied the right to vote, what does that say about us?” Bailey, who stood in the crowd said she will always remember Thompson belting with a lump in her throat: “What’s it going to take for us to be Americans in this country?” 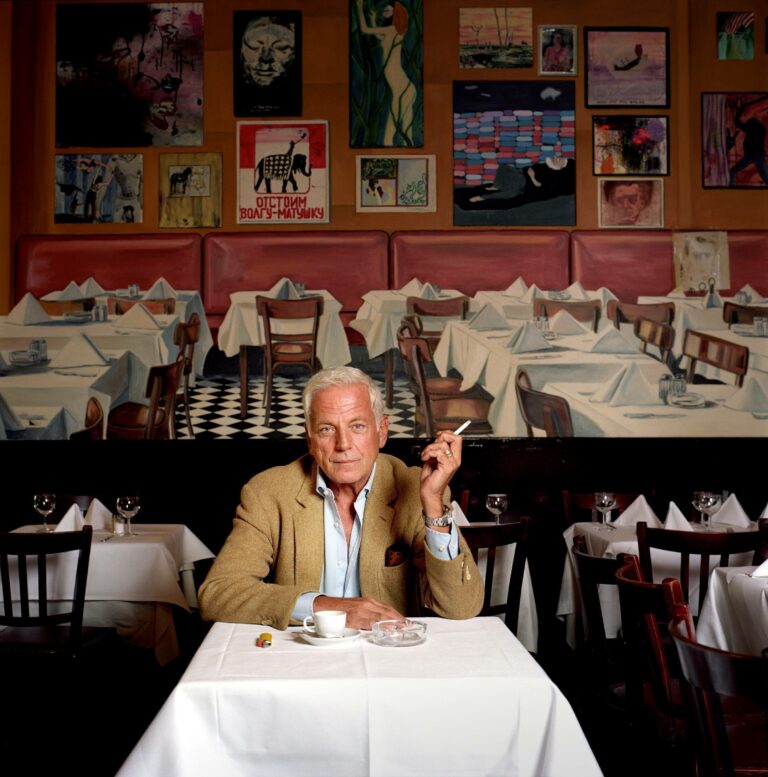