Look Back Article: “The early parades were characterized more by the joy of visibility than by sophisticated concepts.” An Interview with Berlin Photographer, Jürgen Ritter.

Preserving an iconic era for our home city Berlin, photojournalist Jürgen Ritter’s archive of black and white stills from the 80s and 90s is captivating. Stating that he has always been politically interested and focused on capturing social political moments, he talks to us about his memory of Berlin when the city was fractured and growing. Distilling the moments of the lives that were born out of, shaped and changed by the political landscape of the time, we are able to both hear and see from a first hand account what Berlin looked like back then. Talking of moments including, the fall of the Berlin Wall, the first ever Christopher Street Parade (Pride) and Reunification Day, take a journey with our esteemed IMAGO photographer and explore his beautiful archive.

Read the full interview below.

In the beginning, I took photos like everyone else: you have a simple camera and just take a few pictures. I studied political science and was given the opportunity to work as a photo documentarian at the Axel Springer publishing house’s Ullstein picture service. This brought me into contact with many photographers from the company’s newspapers and, of course, many external photographers as well, and so things took their course.

Perhaps the sequence of my cameras from 1981 to today is interesting: Fuji, Minolta, Nikon, Leica M6, Contax g2, Canon, today Lumix as well as Leica. Some in parallel, others one after the other.

What drew you to working in photography rather than anything else?

Good question. I’ve always wanted to be able to draw, I still have pads and pencils, but I don’t have the tools. Through photography I can depict everyday life that interests me and I imagine that I have quite a good eye for the appropriate implementation and try not to depict even mundane things in a boring way.

You have a staggering and beautiful archive of black and white photography of Berlin spanning many years. What are your most memorable experiences or impressions from that time? Did you photograph them?

Yes, my surviving archive (much of the negative files have unfortunately been lost) is quite extensive. Since I was always politically interested and lived in West Berlin, the East and its everyday life were also very close. I did not spare the effort to travel privately to the GDR and East Berlin. Depending on the occasion, I used my West Berlin identity card or my West German passport, which often confused the border guards. The minimum exchange at the border cost me quite a bit, but it gave me the flexibility to photograph ‘in the other part’, mostly undisturbed. And in the meantime, the entrance fee has long since paid for itself. But you couldn’t have guessed that at the time.

Being a West Berliner. That was wonderful (and I don’t just mean the 8% Berlin allowance). You could go wherever you wanted with a certain amount of hassle and you would miss many anecdotes about GDR border guards today.

I have fond memories of that time. I wasn’t a scene-goer, but in the early 80s I often went to the folk clubs around Bleibtreustraße and Savignyplatz, and later often to the Tempodrom, which was then still a tent next to the Congress Hall. The charm of Kreuzberg is no longer in evidence today. But what does charm mean? In the 80s, the houses still had bullet holes from the war, there were undeveloped wastelands, the air was bad.

In any case, there was a ritual for me: Saturdays were spent in the converted bathroom doing lab work while listening to the national football league.

It’s nice that ‘Die Stiege’ still exists today on Oranienstraße in Kreuzberg with the same interior and the same brothers running the place. Even the prices are still good.

In the mid to late 80s, Love Parade and CSD made their way into the city, still on a manageable scale. This also interested me photographically, but did not yet have the resonance and commercial effect as in the following years.

Around 1988, cultural saturation set in: Madonna in the Olympic Stadium: cancelled because of lousy demand, Frank Sinatra ! was cancelled because of high prices (in revenge he wanted to turn West Berlin into a big car park…), Dylan moved to East Berlin in Treptower Park. For Neil Diamond at the Waldbühne, many tickets were given away at our publishing house. The air was out a little.

Then came the fall of the Wall, the East was conquered. New pubs and clubs were founded everywhere. Exciting times, a bit techno heavy, not my thing. Many foreigners came to the city, gold diggers, freaks, entrepreneurs – the upheaval began.

What do you remember from when the Berlin Wall came down? What did you see, hear, experience?

The subject of the fall of the Wall: as already mentioned, I was often active in the East.

In April 1989 I met up with some colleagues from the East at a well-known photographers in Lehnitz. We drank a little, had a good time and talked a bit. It was before 1 May 1989 and someone asked me: how would you present 1 May on the cover of Springer?

I thought about it for a moment, then: In huge letters: 40 YEARS GDR, small underneath: are enough.

Laughter and silence balanced each other out.

After that I had a file (greetings to IM Michael)

7 October 1989 = 40th anniversary of the GDR. I drove to the Bornholmer Straße border crossing as I often do. A border guard came to meet me: Mr Ritter, you are not wanted in the GDR capital today. Return to West Berlin.

4 November 1989: Large demonstration on the Alex. I was there again without any problems. Many much-publicised photos were taken. Shitty weather, photo journalist Ritter returns with a cold, lab work, dispatch. Exhausted.

On 8 November 1989 I was sick in bed with a fever of 40 and heard on RIAS 2 in the evening that the Wall was open. I wasn’t there, but the next day at noon I went to take photos, still sick.

Do you have an image, series or experience that you remember changed your work or your perception of being a photographer?

Yes, the question about influences, I can’t answer that directly. A look at my library of illustrated books indicates many influences: I have a lot by Lord Snowdon and Thomas Hoepker, Lindbergh, Rakete and Hauswald are represented, the French classics anyway. I was friends with Horst Tappe, who explained to me that all you need for a portrait is a camera and a window and no extra light.

What do you remember about the past St Christopher Street parades? Your film photography from the 1986 and the 1990 prides are beautiful.

I was interested in the colorfulness, the exuberance. Funny thing is, none of my gay/lesbian acquaintances ever attended. We honestly never talked about it.

I won’t hide the fact that it wasn’t always easy to take photos at some of the early parades. There was the odd beer mug thrown or a little spitting fit. But that’s probably part of it. In any case, the early parades were characterized more by the joy of visibility than by sophisticated concepts like a demo under the title ‘Peace, Joy, Pancakes’.

How has your photography changed or evolved over your career?

Today you have a chip the size of a fingernail that can hold thousands of HQ photos – a huge step forward. And then you stand in the middle of nowhere and send your photos with your phone or whatever. That’s great.

Has my photography changed as a result? Not much. I hardly do any motor series.

You used to have 36 shots on film. It had to be developed, contact sheets, selected, enlarged. That cost time and above all MONEY!

A chip with its 6000 exposures costs nothing. People are becoming more ‘generous’ and often send every shutter release.

I often see in the Imago database: a container ship sailing up the Elbe. 24 photos, minimal differences. What’s the point? I’m not a fan of it. I reject it.

What do you like to photograph best? What are the main themes within your work?

The main theme is everyday life. I don’t do commissioned work, no press appointments, I only offer freely. City, country, people, whereby people was made more difficult for legal reasons.

Do you have a favourite or “stand out” image from the 1980s that you took?

Yes, I particularly like 3 motifs, one of which has never been printed.

Willy Brandt at the 125th anniversary of the SPD. Unfortunately never printed.

Especially tragic: Zappa-PK in the morning at the Hotel Steigenberger. I’m standing next to my idol – and none of my colleagues took a photo

Jürgen Ritter is a German-based photographer and photojournalist documenting Berlin since the 1980’s. His most recent work alongside his archive can be found with us at IMAGO. 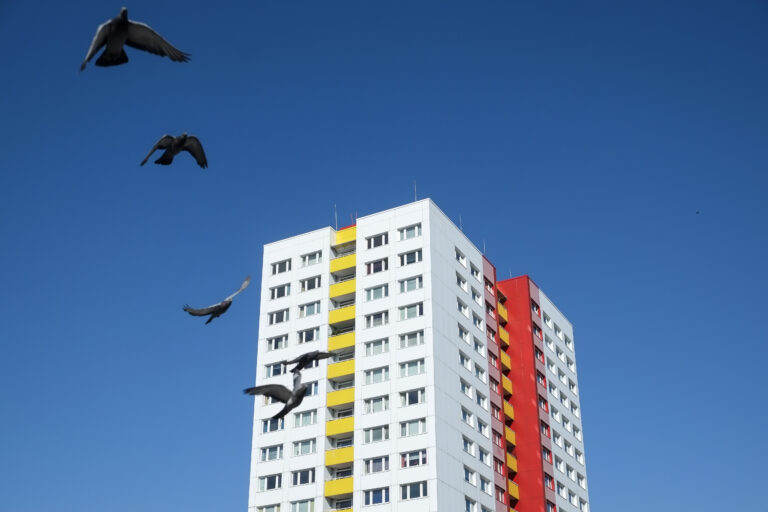 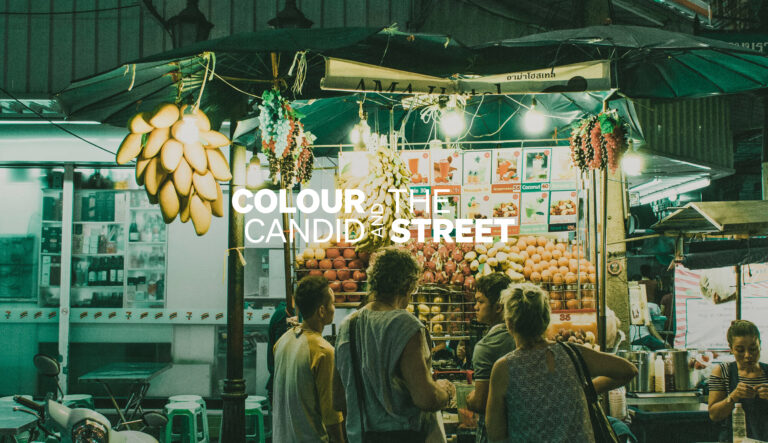 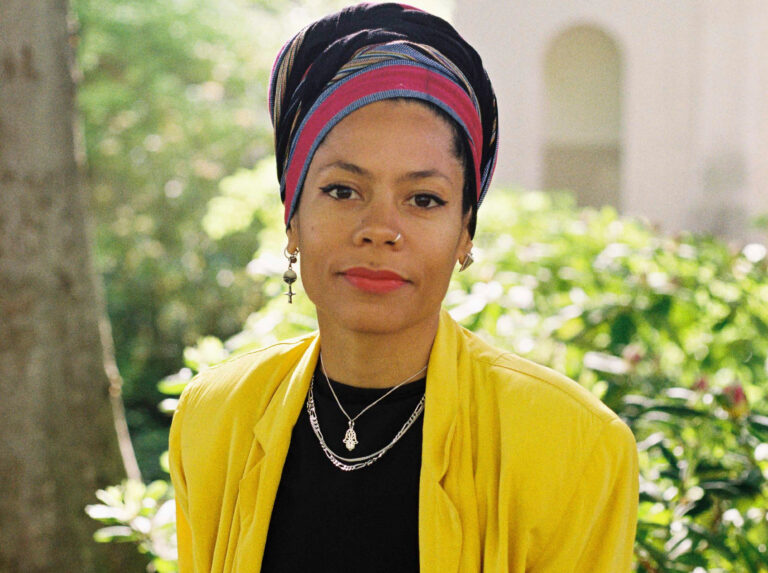