“He can decide matches on his own,” said former FC Barcelona coach Pep Guardiola about Messi. He is the kind of player who has shrines made for him around the world and who gets an applause from the opposing team. He is seen as a sort of modest god by many in football, but his penalty assist to Suarez in 2016 was a testament to his ability to abstain from the spotlight — or at least he can try. Called a magician on the field, Messi is the superman who never dies, never brags, never cheats and never wears a cape.

With 34 major trophies and contributing to Barcelona’s golden years, he has six Ballon d’Or, six Golden shoes, and is the only footballer to win the Laureus Sportsman of the Year. He has brought home ten La Liga titles, four Champions League, eight Spanish Super Cup titles and three World Cups. Needless to say, he is an overall top scorer for La Liga with 474 goals out of 520 matches.

The Ronaldo versus Messi topic on who is number one in the world is always up for discussion, but Messi’s loyalty to FC Barcelona and La Liga since the age of 13 puts him at number one for this ranking. Now with his departure, time will tell who will take his throne. As he said wiping tears from his face in his departure speech, “now a new story begins.”

Messi joined Barcelona in 2000 at the age of 13, when his first contract was signed on a napkin. He soon progressed through the ranks, making his first-team debut in a friendly against Porto on the 16 of November in 2003 — he was 16 years old.

While he was dominating in Italy’s Serie A with Juventus and is now moving back to Manchester United where he won his first trophy, Ronaldo’s time at Real Madrid between 2009 and 2018 is one for the books. Throughout his 438 appearances for Los Blancos (Real Madrid), he scored more than one per game at 451 goals. 311 were within La Liga with 96 assists in just 292 games.

He was quite literally a show-stopper for Real Madrid, well known for his ‘Calma Calma’ goal in 2012 when he managed to silence the entire Camp Nou stadium after scoring the goal against Barcelona which would bring Real Madrid’s first La Liga title since 2008. Six days later Barcelona’s coach Guardiola resigned. Up until his final season in 2018, Ronaldo managed to blow the minds of football fans but also his own manager who scratched his head after he scored a bicycle kick against his future home team of Juventus, where his foot was almost as high as the cross bar at a height of 2.38 meters. He too received an applause from the opposing team.

With four Champions League wins for Real, two Copa del Rey’s, and and two La Liga titles, he was Real’s leading scorer of all time and won four Ballon d’Or throughout his reign in Madrid, during which he won 18 trophies and countless awards. In the 2010-11 season he broke the record for most goals in La Liga history unitl Messi surpassed him, and became the third person after Michael Jordan and Lebron James to sign a lifetime contract with Nike.

La Liga’s number three will yield some nostalgia. With his nickname Saeta Rubia or Blonde Arrow, Alfredo di Stefano was the face of Real Madrid in the 1950’s along with Francisco Gento and José María Zárraga. A renaissance man in the football world one could say, the Argentine not only played and coached in his home country and in Columbia, he also coached in Portugal for Sporting Lisbon as well as in Spain for Real Madrid, and Valencia.

Rarely does one know the feeling of being fought over by two of the biggest teams in football with a fascist dictator weighing in, but di Stefano does. Barcelona signed Di Stefano in 1953 and the deal was well underway until Real Madrid tried to have its way by negotiating with the Millonarios, di Stefano’s previous team. Allegedly, Francisco Franco who led Spain at the time wanted di Stefano in the capital: after passing some laws related to the acquisition of players, the State brokered a deal where Stefano would alternate between Barcelona and Madrid every year. Barcelona, who refused to be linked to Franco’s fascist regime, rejected the deal and Stefano then belonged to Madrid.

He was the top scorer in La Liga five times, scored 216 goals in 282 games for Real and had a legendary partnership with Ferenc Puskás. He scored five consecutive European Cup titles for Real Madrid, notably their 7-3 victory against Eintracht Frankfurt in 1960, and helped the club win eight trophies within La Liga. Needless to say, Di Stefano still shines even in the depths of IMAGO’s archive.

He need not a full name — Ronaldinho or El Gaucho is another player who receives applause from the opposing team. But not just any team, the Barcelona dribbler was cheered on by Real Madrid fans during a 2005 Classico — the only other player with a standing ovation by Los Blancos under his belt was the legend Diego Maradona.

From his sensational debut goal against Sevilla or his bicycle kick versus Villarreal, he is known for his youthful crooked smile, doing a little dance on the field and playing his own way. While others control the ball with their chests, he did it with his back and even used it to assist a goal for Ludovic Giuly, and was also known for his no-look assists. Between the triple sombreros and free kicks that shouldn’t have gone in, he was even caught in the act of sorcery during training when he dribbled the ball 44 times while blindfolded for example.

The Brazilian prodige won a Ballon d’Or and FIFA World Player of the Year after helping Barcelona win the Champions League and his second La Liga title in 2005, among other trophies. He also helped Brazil win the World Cup in 2002.

Ronaldo is not the only Real Madrid player to silence the entire Camp Nou — Gonzalez in the final minutes of a 1999 Classico equalized the match and brought the stadium to a silent halt with just a finger over his lips. With this goal he brought Real Madrid out of their 90’s rut, and scored the club’s first goal in the FC Barcelona stadium in five years that night.

The only player on this list who is actually from Spain, Raúl Gonzalez played for his home city since he was a teenager. As he sits at number five, it is fitting that he is the fifth highest scorer in La Liga’s history at 228 goals — the highest Spanish scorer in European Leagues.

He started at Atlético de Madrid but his 16 years with Real are what he is best known for — ironically, his first goal for Los Blanocs was in 1994 against Atlético, only a week after his debut. A lefty who never received a red card and kisses his wedding ring after goals, he could score from in- and outside the penalty areas. He was known for being quick and scoring from chips — notably his goal versus Anderlecht in the Champions League.

While he sits at number five on our list, he surpassed di Stefano’s ranking as top scorer for Real Madrid and some have considered him one of the greatest players of all time and was even nicknamed ‘El Ferrari’. Six La Liga, three Champions League, and four Supercopa titles, to name a few. He was named the world’s best striker in 1999 by the International Federation of Football History & Statistics, second in the Ballon d’Or and third in FIFA’s World Player of the Year in 2001. He won five Don Balón Awards and the Best Player Award at the Intercontinental Cup in 1998.

Narrowing it down to five is never easy considering that players like Neymar, Marcelo and Ramos have had their time in La Liga’s spotlight, but Gonzalez and his unique style of play and character is one that couldn’t be left out.

Sofia Bergmann is the latest columnist for The Game. See her other articles on The Game and featured in our IMAGO Zine Series | ICONS. Get your copy and subscribe to future issues here 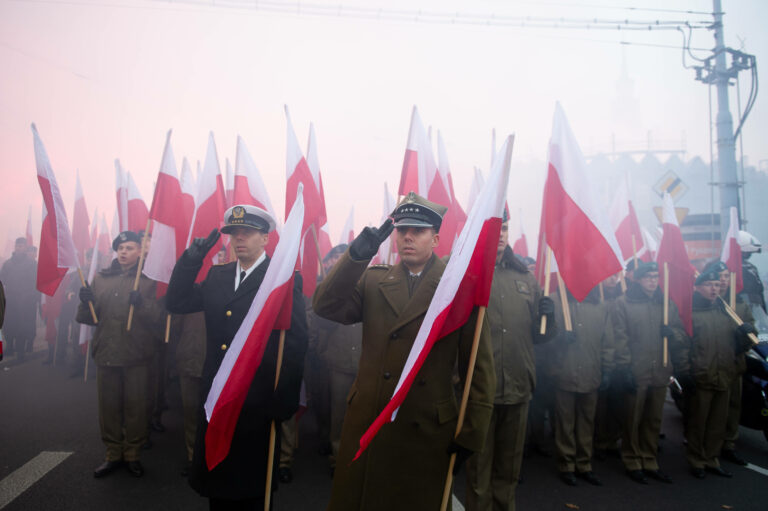 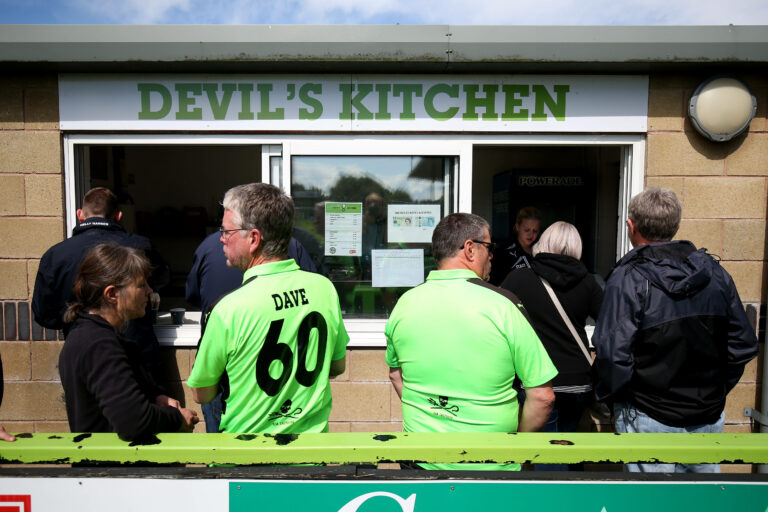