Meet this week’s contributor, Wassilis Aswestopoulos. Picking up his father’s hobby he talks to IMAGO about why photography was a tool for communication in his childhood and has fast become his passion.

Capturing his emotions through his photography, Greek photographer Wassilis Aswestopoulos’ belief in the profession is firmly rooted in its ability to document moments so that no one can say they didn’t know about it, taking on adventure wherever possible.

“If you don’t do photography, then obviously you don’t know much about adventures.”

Chatting to IMAGO, he told us why even though photographers don’t saves lives, they rarely know how to dance professionally or grow produce from the land, they are there every step of the way for the people that do in order to support, document and experience their skills and lives, communicating their importance to a wider audience.

Let’s kick off, how did you get started in photography and why?

Just figure growing up in a household with mom speaking English, dad Greek, Grandma German and the kids around the block Italian, Turkish and German. The radio and TV playing German, Dutch, French and subtitled English movies. Either you go nuts or you have to think in pictures not words.

Back in the Seventies I discovered photography. It was my father’s hobby. I was a kid, “borrowing” my father’s gear and taking all his books about photography into my bed. There I spent whole nights reading books like “The Complete Photographer” by Andreas Feininger or “La Fête Sauvage” by Rossif Frédéric. I decided to become “a complete photographer” – still did not succeed in doing it and I never will, although actually I gain my every day’s bread by photography. But this is another story.

What was your first experience with a camera?

Finally the “stealing books and photography gear” game stopped, with dad’s decision to buy me my first own camera and to give me the promise to buy any book I wanted to read. It was just a small point and shoot pocket, but still, it was a camera. Several snapshots convinced an uncle, to lend me his SLR for some tricky shots in Greek museums. The background thought was, that nobody of the museum’s stuff at Delphi would notice a kid taking professional frames despite the prohibition of photography in these museums. Some of the shots were later printed as posters for family and friends.

I started to sell some pictures I took at public events. I even messed up with sports photography, in order to get the money for the next lens. Still fathers gear was a perfect prey, whenever my stuff was insufficient. Imagine his face, discovering the next scratch on his brand near gear.

But some day, father came home with a bag full of screws, lens parts and dirt. “Look, I ve found this in a garbage bin. It might be better if you try to fix this stuff rather than to mess up my gears”, he said. Indeed, within the bag I found parts of an old macro lens, built in the early sixties, and some weeks later it was fixed. I did not find all necessary original screws but the result is, a pretty sharp lens for macro photography which is actually adapted on a dslm and in use on a daily basis.

"You have to get a kind of relation to your subject, in order to find your individual point of view."

What five words describe your photographic style or captured message?

Capture my emotions through photography. E.g. a refugee child’s pacifier on the barbed wire of Idomeni. A lonely refugee having his meager meal on the ground of the quay in the port of Piraeus. “Hell”, the first four letters of the Hellenic Seaways from the ship behind the man, express my feelings.

What is the best element about being a photographer, and most challenging?

Actually I’m working as a photojournalist. Which is described best as “take your camera, paper and pen and go out to get your story”. In between I had tried different jobs based on my studies, like engineering, teaching in schools and interior designing. It was kind of adventurous, but nothing is as adventurous as photography. You have to get a kind of relation to your subject, in order to find your individual point of view. And you have to manage your gear, to picture it, which is quite challenging. If you don’t do photography, then obviously you don’t know much about adventures.

To you, what is the role photography has in the world?

Usually, photographers neither know how to dance, nor extinguish fires, they don’t save lives, they don’t do professional sports, they don’t play theatre, they do not reign the world, they do not grow in the earth, they do not erupt like volcanos but they are there, were everything happens as the “eyes of the world”. We run towards places where others run away. Our job, as our colleague, Yannis Behrakis, who died exactly two years ago, liked to say, is to distribute the pictures so that nobody can say they “didn’t know anything about this.”

What one important lesson has your work taught you?

Capture the moment and live it. Life is too short, to think in other dimensions of time. Be prepared to live a perpetual change of everything and try to find a way to manage and to “message” it. Finally taking a photo “takes” you out of the scene as an observer, and not an actor. Thus someone might learn self-reflection and critical observation of one’s own life.

What is currently really getting you frustrated or annoyed?

The pandemic. We are living in very interesting times, as the Chinese would say. This pandemic changes everything. Our way of life and work. It also changes our dimensions. I’m totally frustrated, because I cannot go out to picture life as usual. To frame a dandelion rather than a major political or cultural event is indeed sometimes frustrating. Ok, you can and must get over it, and find a new challenge in the microcosm of your environment.

But again, you experience the polarization within society and this, the fact that mankind is able to fly to Mars but not able to face the challenge of this terrible pandemic without disadvantage and injustice, this is really frustrating and annoying.

In addition, as photojournalists, e.g. in Greece, we are experiencing increasing violence from the police. Impoverishment, health hazards and violence – that defines our professional life at this time.

If you could photograph any historical event, what would it be and why?

Actually I did it. Two historical “last times” were personally important to me. On US President Obama’s last trip abroad, I was lucky enough to be selected as the local host photographer for the runway on Athens International Airport. My photos were sent to all agencies as a pool. I was there when Obama stepped out of Air Force One and stepped onto a foreign continent for the last time in office. He was an arm’s length from me. His photographer, Pete Souza, a living legend, stepped aside so I could have my frame. You don’t forget a moment like that.

This could be the most historic moment of my career. For me personally, another photo is more important.

As a child, before the fall of the Greek military dictatorship (1967-74), I attended a concert by Mikis Theodorakis in Aachen. The composer and conductor was one of the icons of resistance against the junta. A superhuman figure for a child, a giant. I had my point and shoot pocket camera and wanted to take a picture. A total disaster, a completely underexposed, totally blurred photo and a huge disappointment for a wannabe photographer. On June 19, 2017, my friend, the director and producer Asteris Kutulas booked me for the video recording of Theodorakis’ probably last appearance as a conductor in the Panathinaikon Stadium in Athens, the stadium of the first modern Olympic Games. It was my job to capture special perspectives. I consciously chose a position as close as possible to the conductor’s desk, the footwell under the violinists. There I lay flat on the floor, because Theodorakis was in a wheelchair and I wanted to see the “giant”.

So decades later I was able to make a video and the photo that I couldn’t make as a child.

The moment with Theodorakis was a photographic success for me. The composer broke down in tears towards the end. It was a very emotional moment. Afterwards I was in a trance and had experienced a very historic moment and managed to get a picture of it – more than forty years late, a dream came true.

What’s your go to album to listen to when you’re working right now?

There is no specific music that I listen to to work. It’s rather the other way around, the images I see are associated in my head with melodies that seem appropriate to me. Sometimes the associations are strange. And of course, the lyrics are changing always.

Recently I happened to hear an adaptation of “Psycho Killer” by the Talking Heads.

Visit our IMAGO site for the full collection from Wassilis Aswestopoulos. 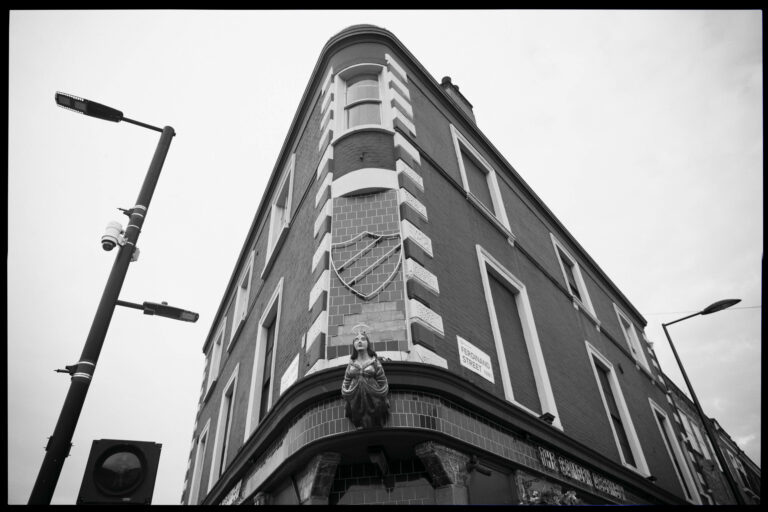 Meet this week’s Contributor. London based photographer, director and musician Alex Amorós joined IMAGO this year and sat down to tell us a little more about himself, his passions and why he deems photography to be a tool for freedom. 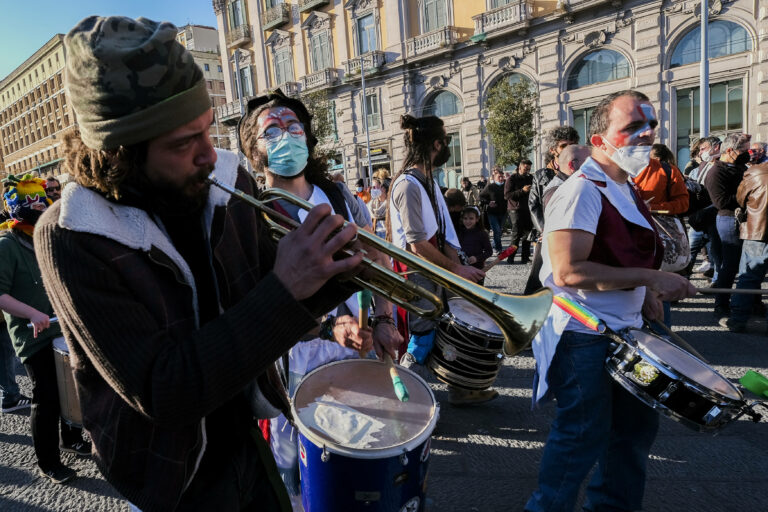 Meet this week’s Contributor, new IMAGO partner and hailing from Napoli, Antonio Balasco invites us to take a look at his best photojournalist shots from his home and tells of how his passion became a career after a redundancy in IT. 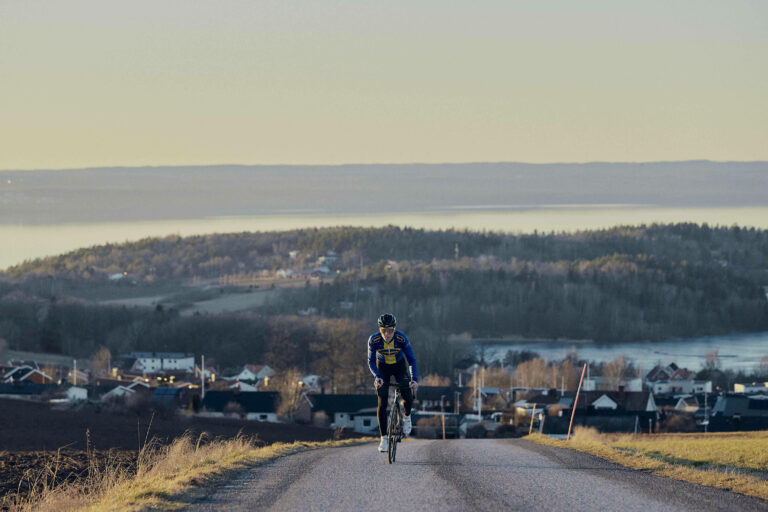 Meet this week’s contributor, Christopher Lanaway. With a fresh aesthetic and modern approach to sports photography, take a look at his latest work and the sports people in front of the lens. New to IMAGO, he tells us how he is motivated by photography’s ability to both document culture and elicit change.