“The more worrying development to me is the increasing use of politics and political issues as shortcuts by which to make quick judgments about the character and morality of others, sorting them into ‘good’ and ‘bad,’ ‘us’ and ‘them,’ in a matter of seconds.”

A super-charged, emotionally-driven and often ruthless breeding ground for debate: the protests and counter-protests following the recent 6-3 United States Supreme Court decision to overturn Roe v. Wade, ending federal protection of abortion, became a physical manifestation of the fierce polarization on abortion rights. In an interesting dichotomy, both sides, although at odds with each other, are driven by a moral compass which often points to protecting women. In Washington DC, the capital of a nation that prides itself on freedom, photojournalist Allison Bailey from NurPhoto agency, a partner of IMAGO who has a PhD in political science from Emory College, documented the protesters who went to battle on one of the most controversial freedoms – or lack thereof.

“There was a woman [at a protest] both with her fist up yelling while there were tears streaming down her face. For me, that encapsulated everything in just one visual image. There has been a lot of upset, sadness, anger,” described Bailey in an interview with IMAGO. “There is a lot of taunting by anti-abortion activists…They tend to show up and try to drown out whatever pro-choice advocates have programmed for the day. So, bullhorns, sirens, noise-makers,” she added. Bailey, who specializes in photographing protests in Washington DC, said that the abortion debate has both contributed to and been a result of the growing sociopolitical polarization in The States.

“I see abortion as a fundamental source of polarization, but the current bitterness on both sides certainly isn’t going to help bridge the divide anytime soon. The more worrying development to me is the increasing use of politics and political issues as shortcuts by which to make quick judgments about the character and morality of others, sorting them into ‘good’ and ‘bad,’ ‘us’ and ‘them,’ in a matter of seconds,” she said.

The Supreme Court decision  Dobbs v. Jackson Women’s Health Organization which effectivly overturned Roe v. Wade (1973), including a leaked draft of the decision published by POLITICO on May 2, has fueled a fire in the streets of DC and throughout the country in recent months that has been raging since the 1970’s after Roe v. Wade was originally heard. But before 1973, opinions on the issue actually varied and were not strictly aligned with political parties or religion.

“Protestant Christians in the South, actually this goes for the whole country, were not virulently anti-abortion. That has been largely a political tactic…now at this point, it’s so compounded that I think if you told most [anti-abortionists] that their religion didn’t have a problem with this 50 years ago, there’s no way they’d believe you,” said Bailey.

After Roe v. Wade was originally decided in 1973 turning abortion into a national issue, the polarization on abortion ramped up with conservative leaders like Ronald Reagan paving the way for right-wing political identity to align with anti-abortion ideology, and activists like Jane Fischer and Bill Baird leading the pro-choice movement. Mobilization from both sides ultimately turned abortion rights into a deal-breaker for many voters during elections, and a benchmark-issue for both feminists and religious leaders, healthcare providers or anyone with a seat at the table.

When it comes to the protests in DC – a predominantly left-leaning city – the counter protesters who were seen rejoicing and confronting the angry pro-choice activists who flooded the streets, were still largely outnumbered. A recent poll conducted by YouGov/The Economist found that 57 percent of US adults support legal abortion in most or all cases, while only 14 percent approve of a ban. When a Supreme Court decision which affects the lives of millions does not reflect over half of the public opinion, we start to enter the corners of polarization that become ever more dichotomous.

“I think that [the abortion debate] is one of those things that is just so locked into such a central component world-view in some places, that there is just no getting rid of it. From the civil conflict perspective, the further portions of the country move apart politically, the more dangerous that is.”

said Bailey. When it comes to photographing protests, she said that capturing both sides is one of the biggest challenges. “It’s hard to strike that balance between needing to capture something, needing it to be published so people understand what’s happening, and skewing it in favor of sensationalists,” she added.

Now with abortions no longer protected under the federal level, it is up to states to make their own playbook. Senators will begin to vote on passing legislation such as the Freedom to Travel for Health Care Act, specifically targeting those who will need to travel for safe abortions – that is, if they have the means to. Experts suggest that People of Color and low-income people will be disproportionately impacted by this legislation. “That’s taken on a big part of the movement to the point where we even had Black clergy arguing for abortion,” said Bailey. Those from states with stricter laws might begin to migrate to more liberal states, creating a domestic diaspora, one could say.

Meanwhile in Texas, a woman was charged for murder after terminating her pregnancy but the charges were dropped. A bill presented in Louisiana deeming abortion as murder was also withdrawn – but it doesn’t mean that doctors providing abortions and those seeking them are out of the woods. A push to criminalize abortions in states where it is illegal still exists and is growing, presenting grounds for polarization on abortion even within the pro-life sphere. “It’s not hard to imagine this as a major point of division,” said Bailey.

As for Bailey, whose profession lends her a front seat to the debacle at its epicenter in Washington DC, “it’s been nuts” she said with a reluctant laugh, “Roe v. Wade has been sucking the air out of everything.”

All photos by Allison Bailey. Written by columnist Sofia Bergmann as part of this month’s series, Diasporas & Dichotomy. Read our previous interview with her here. 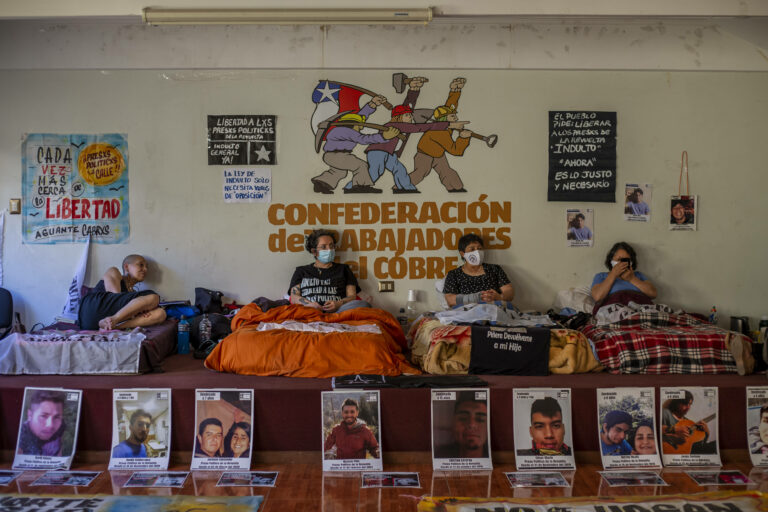 Checking in with Chile: a modern revolution. Photos by Claudio Abarca Sandoval.

Myanmar, Lebanon, Sudan – today’s revolutions and coups are often messy. In the streets and in the poles of Chile, a modern revolution brings hope. IMAGO checked in with Claudio Abarca Sandoval after one year of photographing the developments as Chile enters a new era. 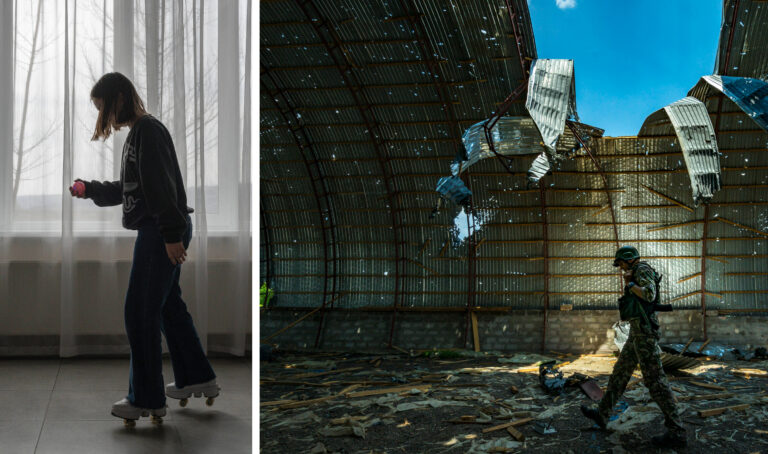 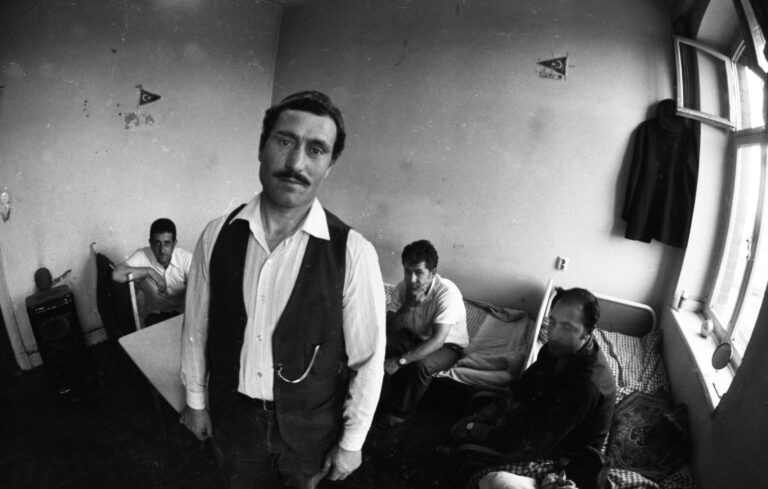 Over 60 years ago, Germany was in need of Guest workers (Gastarbeiter) to fill the demand for labor of a post-war economy. Many of them never left, creating communities that changed the demographics of Germany forever.