Examining the tennis icon, Serena Williams, in a new light and through the lens of the everchanging sporting mentality in recent events, Sofia Bergmann dissects the new layers in which Serena is to be considered iconic. Alongside a new generation of athletes including Naomi Osaka, sports culture is evolving and todays icons are not just based on matches won.

In their own rights, the two tennis pros have caused ripples in sports media and have either been seen as unsportsmanlike or as heroes. But with Osaka being vocal about her struggles with mental health, she represents a new generation in sports culture regarding the treatment of athletes — a consideration which was often lacking in the scrutiny Williams faced as an outspoken champion.

The crowds booed and cheered and Naomi Osaka’s face was hidden by her visor at the award ceremony of the controversial 2018 US Open after she took the victory against Serena Williams — giving us perhaps the first sign of the anxiety she faces being in the spotlight. With an arm wrapped around Osaka, Williams later wrote an apology letter for her skirmish with the chair umpire, for which she was criticized for overshadowing Osaka. As Osaka took home her first Grand Slam eclipsing Williams who was expected to win her 24th, the tennis world shifted in many ways.

Osaka has led women’s tennis since beating Williams, who was often seen as disgruntled and aggressive towards officials. In refusing to give press conferences —  for which she was fined $15,000 — and then omitting the 2021 French Open and Wimbledon, all due to her struggles with depression and anxiety since the 2018 match, Osaka is bringing forth a discourse surrounding mental health in professional sports. This discourse is also lending a perspective into the behavior and reputation of her ubiquitous opponent, Serena Williams.

“Serena specifically was badly treated by press and fans, even some suggested that she was a man! This all gradually changed, especially in the U.S. But it takes a toll on the mental health of Ms. Williams I think. And most likely created a base for her outbursts as a kind of shield from those abuses,” said photographer Lev Radin in an interview with Imago, who has documented professional tennis including the infamous 2018 final.

“Existing literature highlights the need to develop proactive mental health and wellness education for young athletes, and to develop services that recognize the unique needs of this population,” reads an article titled Mental Health in the Young Athlete published by the National Library of Medicine. As many as 35 percent of elite athletes suffer from a mental health crisis, including depression and anxiety, but also burnouts and eating disorders, according to Athletes for Hope.

Williams herself admitted to seeking therapy in 2018, has recently been more candid about the gender- and race-based discrimination she has been subject to her entire life, and has expressed facing similar struggles to Osaka as well: “I’ve been in that position too,” she said in response to Osaka’s decision to refuse press conferences.

“Participating in press conferences and listening to what they were asked and how they responded, I certainly think that the media is too aggressive. Players should have psychologists to help them to deal with the pressure….Going into the press room after losing the match is tough business,” said Radin.

Since her youth, Williams has received racial slurs and booing at tournaments, her outfits have been picked apart and even banned, she has been likened to a monkey and a man, and been the subject of racist cartoons as recently as 2018, among many troubling incidents. Growing up in Compton, California with her sister Venus, both had to fight to be noticed in the tennis world.

Radin adds that “Tennis was and still is mostly a sport for white people and the arrival of two sisters who played really well was a shock I think. I can remember their father sitting just behind my spot at the court and watching his daughters playing and how the media mostly ignored him.”

While some of her actions may be inexcusable like threatening lineswoman in 2009, few at the time stopped to wonder if she was responding to the personal strife she faced as a black female athlete. Rather, she was seen as a sort of bully.

It was also tennis officials who gave Williams a difficult run. During the 2004 US Open quarterfinals, even the commentators admitted it: “This is getting ridiculous.” Chair Umpire Marian Alves falsely ruled Serena’s shots as out, and her response birthed a slew of infamous aggressions where Williams lashed out at tennis officials for making questionable calls.

Since the 2018 US Open skirmish with umpire Carlos Ramos in the final set where she called him a thief for taking a crucial point from her — a call she claimed to be sexist considering the far-worse outbursts seen by male players — Serena has yet to repeat an outlash. While she received backlash, many sports journalists agreed with Williams defending herself, including Redin and award winning sports journalist Julie DiCaro who said in an interview with NPR that “a lot of us felt Serena was incredibly justified.”

While Osaka’s struggles come from a different place, she has also been criticised in the press for her actions. Piers Morgan called her decision a “Narcissistic” and “cynical exploitation of mental health,” in a Daily Mail article, saying that she “is an arrogant spoiled brat whose fame and fortune appears to have inflated her ego to gigantic proportions.”

Sports photographer Javier Garcia has been drawn to Osaka as a player, and was at her trainings along with her first round match in the French Open before stepping down, and feels that non-experts should not be commenting on fragile topics like mental health in the media. “It is irresponsible and potentially dangerous,” he says. “Some don’t seem to accept that she is different, and want to turn her into something that she isn’t – that’s got to be difficult to deal with,” he says, adding that her decision did not surprise him considering her shy personality.

As a member of the press Garcia also sees the tactics at play within sports media: “Sadly, some people are paid to provoke and like playground bullies take pleasure in seeing people suffer. It also tends to be male journalists who ‘poke the nest’ more than the female ones.”

When we understand that behaviors like lashing out at an umpire or refusing to give press conferences and leaving tournaments are ultimately rooted in the psychology of an athlete, we might begin to see them more as human beings.

Luckily though, Osaka has garnered more understanding than Williams did at her age, perhaps a sign of the changing times. “As athletes we are taught to take care of our body, and perhaps the mental and emotional aspect gets short shrift,” reads a tweet by ex-tennis pro Martina Navratilova in solidarity with Osaka’s decision.

This discourse surrounding mental health is extracting a venom which has surged through the veins of professional sports, and ties the two champions of different generations with almost-opposite personalities — one shy the other outspoken — together. Photographers being the silent bystanders behind each controversial moment, offer an exclusive perspective into the evolution of sports media.

Sofia Bergmann is a Berlin-based columnist for The Game. This article is featured and written for the IMAGO Zine #2 | ICONS. Get your copy and subscribe to future issues. 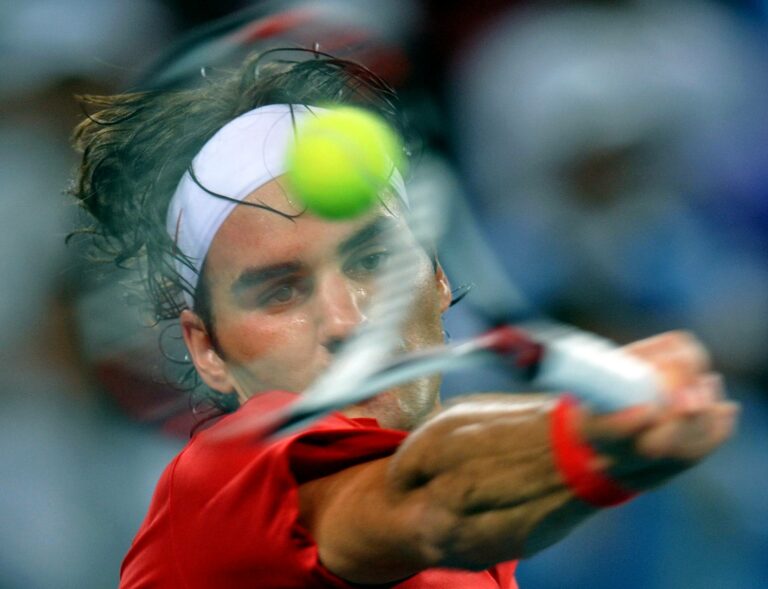 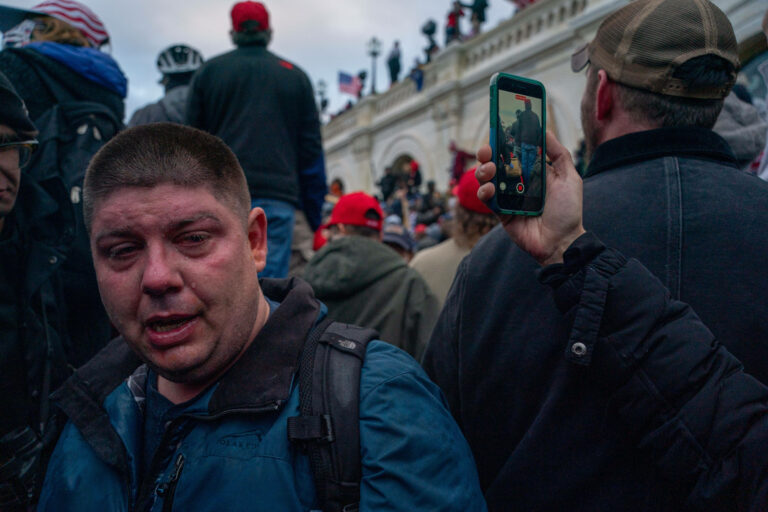 Thomas Hengge: An Interview on the Insurrection.

The violence that was incited by former President Trump led to riots and violent protest on January 6. Thomas Hengge, a New York-based photojournalist documented the historical event with his camera. We spoke to him about his first hand experience in an interview depicting a historical and iconic moment of today’s social political environment.