Why is the Journalists Union in Sudan important?

In a country where a military coup d'état has led to the violent targeting of journalists, a union in Sudan may not have been on our radar. IMAGO's photographers on the ground give us a taste of why the union is important.

Being the first union in Sudan since 30 years, it is bringing hope amidst a tumultuous time for freedom of speech in a country that has been thrown into different governments and uprisings like a game of catch.

Despite the crackdown on journalists and protesters brought on by the violent military coup beginning in October of 2021 that has taken at least 100 lives already, the union was voted on August 28 with 1,164 members and is led by elected-head Abdelmoniem Abu Idrees who works for Agence France-Presse.

This step was long-overdue in Sudan.

When Omar al-Bashir came to power in 1989, journalists were persecuted, imprisoned, tortured and the last independent journalists’ union was dissolved. After a 2019 ousting of al-Bashir – supported by alliances of doctors, lawyers and journalists – which resulted in a civilian-led transitional government, journalists were given a bit of slack. Now the military has taken back control before elections were due this year, and licenses of radio stations have already been suspended, journalists have been assaulted, newsrooms have been stormed and two independent newspapers, the Democratic and al-Hadatha, have stopped printing.

The journalists’ union prevailed against all odds, yet still faces an uphill battle in confronting the military crackdown. One of the first important steps is to navigate reporting under a 2009 media law which essentially allows state censorship and control over licensing, criminal sanctions and fines for news outlets which was put in place by the former regime.

The code of honor and statutes for the Sudanese Journalists’ Union was signed in Khartoum in an effort to restore the rights of journalists and is a major step forward for freedom of speech and human rights, not only in Sudan but also in setting an example for other nations.

IMAGO’s photojournalists in Sudan show us both the civilian resistance against the military coup, and celebrate the journalists who have refused to shy away from the threats staring them in the face. A glimmer of hope for journalists is underway in Sudan as we follow it for our latest series, New Narrative.

Article by columnist Sofia Bergmann as part of our New Narrative series. 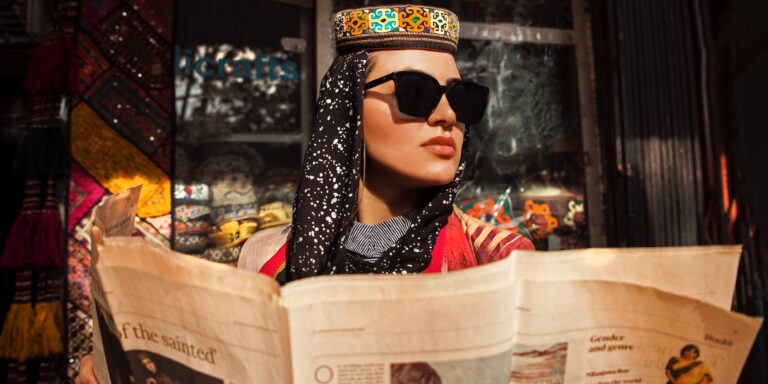 Afghan Stories: Afghan Women in the Media. A battle that was won and then lost again.

Continuing to tell their stories and trailblazing the way for Afghanistan women after creating both a space for women in media and a voice for Afghan women, we talk to three women sharing their stories around freedom of speech.