Olha, who was carrying her youngest child escaped the war with her family and forged a new life in the UK. Through developing an intimate relationship with the Ukrainian community in Wales, Joann Randels of IMAGO partner Cover Images, connected with Olha and realised her vision for a portrait shoot for Ukraine’s Independence Day.

“They’re not just refugees, these are mothers, daughters, fathers, sons, business owners, athletes, artists etc. Therefore, getting to know them, as much as the refugees getting to know me, was mutually important.”

As our new series New Narrative kicks off, IMAGO spoke to Randels about her portraits that depict the essence of Ukrainian resilience in fighting for a fresh beginning in a foreign place.

To start off, can you tell us a bit about Olha’s story and journey to the UK as a Ukrainian refugee?

Olha and her family are from Boryspil, a city near Kyiv that was bombed on the first day of the Russian invasion, the 24 of February.

On the first day of the war, from the 8th floor of her apartment, Olha watched cars full of families rushing to leave the car park below. Her family witnessed missiles light up the sky, heard explosions of bombs and could see clouds of smoke fill the air.

They fled their home to a village south of Kyiv, however, it was not safe there either, so they moved to western Ukraine before seeking safety in the UK. During this time Olha was 34 weeks pregnant.

The first time Olha and her family felt safe was when they reached their sponsor’s house in Llandovery, Wales, on the 4th April 2022. Shortly after their arrival, Olha gave birth to a baby girl, Stefania, who is now 4 months old.

How have they adapted to new life in the UK and what were some challenges they were confronted with? What stood out to you most while taking these portraits?

Olha and her family are settling well in the UK. Her children currently attend a Welsh school and her husband has secured a full-time job. The family are very grateful for the support from their sponsors and what Olha and her family like most about the Welsh people is that they are kind and always supportive. Olha explains, “they try to help and listen to see if there is anything they can do for me and my family to settle better in Wales.”

What Olha and her family would like most, is to have a chance to go back to Ukraine so Olha can see her grandparents who she loves dearly. She hopes there comes a time soon where she can cuddle them and introduce them to her youngest daughter, to whom they are great grandparents.

Olha misses Ukraine terribly and she would like to go back. However, understands that for the safety of her children she can’t. Olha asked her daughters what they miss the most about Ukraine and they responded with “Everything.”

Four years ago, Olha started to bake cakes which soon grew into a profitable business where she was also providing masterclass on how to make moose cakes. In the near future she hopes she can go back to her own house and continue her business in Ukraine and that her children will grow up in an independent and free Ukraine.

With regard to the portraits, personally it was one of the best photoshoots I have experienced to date. What stood out most, was in that moment, we all knew we were producing more than just photographs. We were creating art! The photoshoot was a graceful, empowering, statement of pride, that embodied resilience, passion and belief.

With such a sensitive topic, it can be difficult to navigate working with refugees as a photographer. I am curious about your relationship to Olha and her family and how you approached them for the portraits? What was their initial reaction when seeing the photos?

I began planning this photoshoot for the Ukraine Independence Day in May 2022, and was aware from the start that approaching refugees directly might be challenging for various factors, including language barriers. It was also important for me that the refugees could trust me, and likewise that I could better learn and understand their stories of fleeing war, and also who they are as people – They’re not just refugees, these are mothers, daughters, fathers, sons, business owners, athletes, artists etc. Therefore, getting to know them, as much as the refugees getting to know me, was mutually important.

After some research I was fortunate to be put in touch with a Ukrainian group, Sunflowers Wales, for refugees based in South Wales. Bohdana Bahlay, who helps run the group, welcomed me into their community with open arms and assisted me throughout the entire process of being able to make this photoshoot possible.

Early on, when planning the shoot, I explained to Bohdana my vision. We continued to keep in touch and work out what would be achievable. Obviously, when planning it wasn’t just about finding individuals to take portraits of, we also had to consider logistics of the shoot, i.e. location, transportation, who was available – as it is was during the Summer Holidays it meant we could only do the shoot on certain days, aligning both my diary and Bohdana’s as she is a volunteer with the Ukrainian group and has a full time job, etc. So, all of this was very much a collective effort by Bohdana, Olha and myself, to be able to make this shoot possible.

I wanted to make sure that Olha and Bohdana felt very much part of the process. The reaction when showing Olha, her family and Bohdana the images on the back of the camera when we were on location was priceless. Afterwards, Olha expressed how much of a wonderful experience she and her family had and that the photos looked “amazing”.

Olha later explained “When we saw the photos, we were shocked. They are incredibly beautiful. Many local people sent me a link to the publications. I would really like people not to forget to talk about the war in Ukraine, because the lives of many people depend on it. I wanted more British people to get acquainted with our customs and traditions, and this becomes possible thanks to the work of Joann who was able to convey mood and feelings with her photos. Thank you for this.”

The portraits are striking and raw but also very delicate. What are you trying to achieve or say with these photos?

It was important for me to create images that would be elegant and powerful. I wanted my images to visually speak for themselves, to ensure they were a message of positivity, strength and hope.

For inspiration to create such images I researched classical fine art, particularly of the masters and renaissance paintings. These intricate artworks are not only exquisite, but depict a moment in time or tell a story. I was particularly drawn to strong and feminine paintings of goddesses. The way fabric is draped on the figures in these artworks, combined with simple, effective portrayal of light and shadow, and how this technique delicately illuminates the subject matter, details and folds of fabric, were all things I wanted to emulate in the portraits I wanted to photograph.

Ultimately I was capturing portraits of people who were going through something unimaginable. Therefore, it was important to create an imagery that didn’t just represent the person I was capturing, but would also represent thousands of Ukrainians.

To achieve the images, initially I felt it best to break down the plan of the photoshoot, including: Location, Ukrainian Clothing, and a Message.

My intention was to source a suitable location that was impactful, yet wouldn’t be overbearing or distracting, as the focus should be Olha and her family. Therefore, rather than a studio environment, I felt being in nature, utilising the beautiful Black Mountains, Wales, and surrounding open space, was the best fit for the portraits. It was organic, unrestrictive and dramatic.

Working closely with the Ukrainian community, I made several flower crowns, known as a vinok, from reference images I was kindly provided. I was keen to ensure they predominantly featured the colours of the Ukraine flag. Bohdana also helped source several authentic Ukrainian dresses which Olha and her Mother can be seen wearing in the images.

It was important to include a flag as it was Independence Day of Ukraine. However, I was not able to find a flag that had the weight, size and texture I desired. Therefore, I decided to purchase and sew together two flat, super-king, bedsheets that had a better depth of colour and weight. This helped with the draping and movement of the fabric in the image and was more in keeping with what I had envisioned.

How has the war shaped your role as a photographer?

I am a storyteller, so naturally it’s important for me to listen and learn from others, even if you only take away something small, we can all learn from each other. And the one thing that really stands out for me since photographing the refugees is that we are all human.

I’m fortunate that I’ve not had to ever endure what it is like to live or go through conflict, but speaking with individuals who are struggling with the effects of war really makes you feel humble. These are people, who have families, dreams and aspirations, which is something we can all relate to.  And stories like these deserve to be told.

What other sorts of subjects do you photograph, and how do they compare to these portraits?

I love to photograph anything, from wildlife to portraits, events including sport, I just absolutely love my job and the freedom to share stories and create imagery, of which I am always trying to push skills and try new techniques. It’s all part of the fun. With regard to portraits, no two portraits are the same. We are all different and likewise I enjoy being able to show that in my work. I would never want to try and compare my Ukrainian portraits with my other work, purely because you can’t. The images are unique.

Other previous articles on Ukraine include:

How Technologies are helping refugees, The people of Ukraine – Beyond the explosions, Ukraine: A dichotomous world.

Photos by Joann Randels. Interview by columnist Sofia Bergmann as part of our New Narrative series. 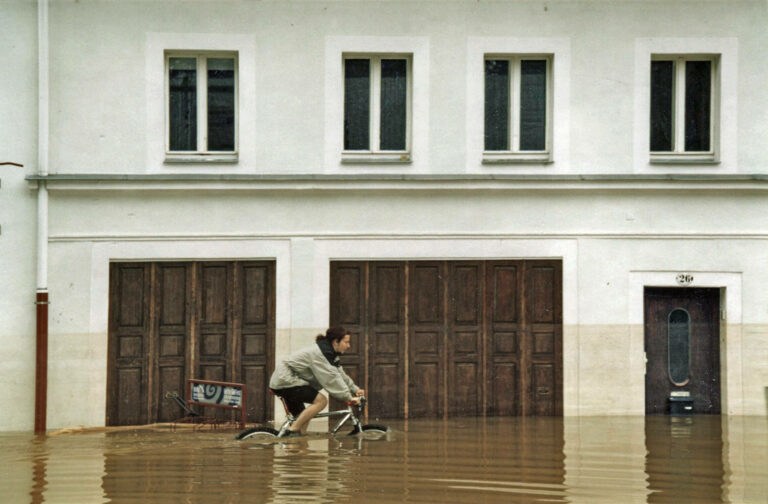 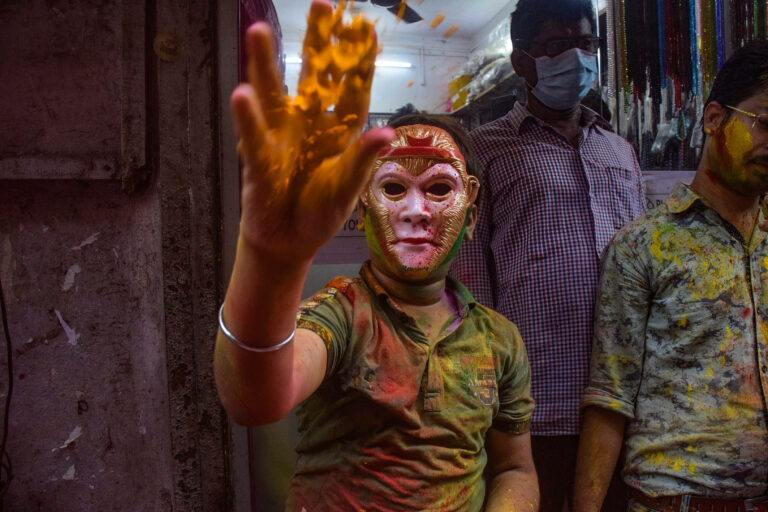 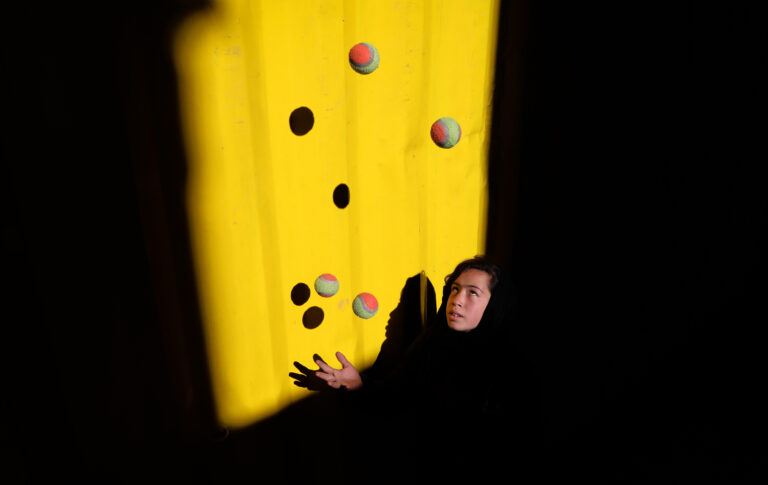