Germany and Argentina facing off in the World Cup final has become a classic: ‘ein Klassiker’ or ‘un Clasico,’ whichever side you’re on. The long rivalry had their first climax in 1986 and 1990, when the two countries faced off in back-to-back World Cup finals, with victory and defeat going to each of them once. Argentina’s superstars Diego Maradona and Lionel Messi have been up against the likes of Lothar Matthäus and Thomas Müller of Germany, renowned world-class players in their own right.

Maradona became Maradona as he led Argentina to victory in the 1986 World Cup final by assisting the winning goal in the last minutes after a German comeback. The game yielded six yellow cards which was the most handed out in a World Cup final — a record which was not surpassed until 2010. Germany’s Guido Buchwald’s 1990 mark on Maradona coined him the nickname ‘Diego’ Buchwald as he helped bring Germany to win the title that year. The 2014 World Cup broke the record by being the third face-off between two teams in a final, with Germany being victorious in extra time after yet another nail biter. The matches between the two football superpowers are always a thrill to watch for the neutrals, and a heart throbbing, anxiety-inducing, emotional ride for fans.

The two national teams have played a total of 23 matches against each other, seven of which during a World Cup going all the way back to 1958 in the first group stage, where West Germany won 3-1. Perhaps one key difference between the two teams is that Argentina was always known for having its golden protege – whether it was Mario Kempes, Maradona or Messi to follow. They are footballers who are iconic even to non-football fans, and are the face of Argentine football. Germany on the other hand, while it has its stars, never built their team around just one player. German football is rather known for its strategy, discipline and cohesiveness.

The world drooled over Maradona in the 1986 World Cup in Mexico City, but it was a combination of German football legends Franz Beckenbauer as the coach and Lothar Mattäus as a midfielder and sweeper, along with Karl-Heinz Rummenigge as the captain, Thomas Berthold, Rudi Völler, Andreas Brehme, and goalie Herald or ‘Toni’ Schumacher, who all helped carry the team. It is difficult to talk about Germany’s performance that day without mentioning those players collectively. Argentina was ahead by two goals with only about 15 minutes remaining, when Rummenigge scored his first of the tournament. Berthold then nodded a header from Brehme’s corner kick into Völler’s path to tie up the game. Being so excited about their comeback, Germany forgot their tournament-long tactics of prime defense for a few minutes, and Maradona assisted Jorge Burruchaga’s goal against Schumacher in the final six minutes to bring Argentina to victory. “Wait for us in four years,” said Beckenbauer; as the world waited, Germany kept their promise.

The 1990 World Cup in Rome had similar lineups for Germany and Argentina, and Beckenbauer’s team was given a chance to redeem itself in the final. Matthäus was now the captain – Berthold, Brehme, and Völler were back with Jürgen Kohler leading the defense. ‘Diego’ Buchwald shutting down Maradona throughout the match, and stormer Jürgen Klinsman were both fresh blood in this Klassiker. The ugly match was tied at 0:0 until Brehme brought it home after converting a controversial penalty match-winner. It was Beckenbauer’s last match as Germany’s trainer, and he became the first man in history to win the World Cup as a coach and a player.

With Maradona long gone and Messi having taken Argentina’s throne, the 2014 final in Rio was a spectacle of new icons for both teams. While all eyes were on Messi, Angel Di Maria, Javier Mascherano, Sergio Agüero, Gonzalo Higuaín, Marcos Rojo and goalkeeper Sergio Romero were also some key figures for Argentina. Germany’s striker Thomas Müller and Goalkeeper Manuel Neuer were top-ranked in FIFA, but it was what many considered flawless teamwork which carried the team. Philipp Lahm as the captain, Bastian Schweinsteiger, Miroslav Klose, Mesut Özil, Jérôme Boateng and Toni Kroos, were among the dream-team lineup for Joachim Löw’s starters. After dismantling Brazil in the semifinal with a historic 7:1 victory, Germany entered the final as the favorite. But again, it became a grueling battle that was painful to watch:Higuaín’s offside goal and Höwedes hitting the post kept the match at 0-0 into overtime with numerous missed chances on both teams, not to mention injuries including a bloody eye for Schweinsteiger. Then Löw brought in substitute Mario Götze, who scored the winning goal in overtime with his weaker left foot after bouncing the ball off his chest, assisted by Schürrle. Instead of tying Germany, Argentina’s defeat kept them at two overall World Cup titles, while Germany had sealed its fourth.

The 2018 World Cup was a disappointment for Germany who were eliminated by South Korea in the opening round. Argentina was knocked out in the round of 16 by France who went on to become world champions against Croatia. Argentina won the 2021 Copa America against neighboring South American rival Brazil, while Germany was knocked out of the 2021 European Cup in the round of 16 against England, one of its historic European rivals. However, the two teams tied 2-2 in a recent friendly match in October of 2019. If their fates bring them back together, Germany’s Die Mannschaft with their new trainer Hansi Flick and one year left to sharpen their teeth, might find themselves in yet another tumultuous face-off with Argentina’s La Albiceleste.

Written by Columnist Sofia Bergmann for our Short Series in the run up to One Year to The World Cup 2022. We will be publishing an article each day this week to celebrate One Year Until Qatar 2022. 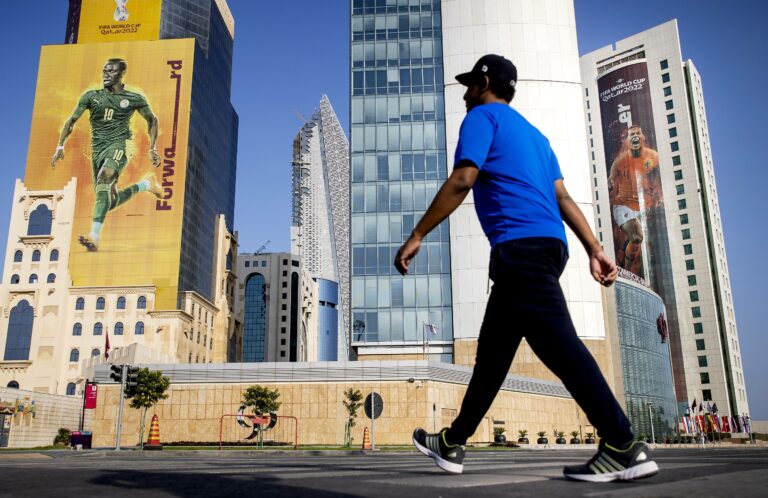