“The higher emotional and personal commitment the fan takes, the higher fan identification is held” - Old Trafford connoisseur Casper Heiselberg on his passion-project in sports media and Manchester United.

It doesn’t quite get more niche than English football fans in Denmark. Casper Heiselberg turned his passion for Manchester United into a self-made venture: OldTafford.dk, an online Danish magazine for all-things ManU with over 32,000 articles published. In an interview with IMAGO, Heiselberg shares how it all happened.

OldTrafford.dk’s story began back in 2003, almost 19 years to the date on June 26th of this year. Can you tell us a little behind the motivation to start it and its inception?

The motivation was quite simple back then: I was a 17 year old boy who was fascinated by the internet. As any other boy with a failed dream of becoming a footballer, I wanted to become a football journalist. It was the combination of these two things that led me to realise that in order to work with the Internet, I had to learn how to programme, so I learned PHP and MySQL by reading tutorials online, and then programmed this website that could fulfil my interest in writing about my favourite football club. Inspired by community sites like Xplayn.com (the very early beginnings of the CS:GO scene), I built a simple content management system to allow other United-fans to write news and participate on a forum. It opened on 26 June 2003 and we have now written over 32,000 articles in Danish about Manchester United.

What were you working on or doing beforehand that led you to the idea of the first version of OldTrafford.dk?
I was an average high school student with an interest in football and video games. I spent my days playing Championship Manager and Counter Strike. Fun fact: When I learned HTML in school, I built my first website with information about South Park on Geocities. It included Eric Cartman peeing on a rival club to Manchester United. Those were the days.

In your opinion, tell us about how the sports media landscape has changed, evolved and grown over the last 19 years or so?

A lot! To own OldTrafford.dk in all these years has really been something as I have been part of the ups and downs on the internet and how that has affected media, clubs, players and fans. I still remember how I had to build a mobile optimised version of OldTrafford.dk as a “WAP website” as a way to make it work on Nokia and Sony Ericsson phones back in the days. Content is everywhere now and being a fan has changed dramatically.

How has the landscape affected OldTrafford.dk? What specific events within the sports media industry lead directly to specific elements we can see today in the website/ brand?

The website has probably faced its biggest challenge and impact of the changing landscape in the last few years, simply because the media consumption has changed so radically as a fan. Back in the days, a niche website as OldTrafford.dk was the only media in Denmark writing about all aspects of the club. Now, both mainstream media (chasing pageviews) and individual accounts on social media also provide this information. The access to information – whether true or not – is simply more open than ever before.

This is obviously great, but also leads to a hard time keeping up with the costs of running a website of this size. Pageviews have gone down in recent years, but I am now assessing solutions.

You wrote your Master’s thesis on how football clubs can drive fan identification through social media. Tell us about your findings.

By looking at it this way, you may see sporting failure as a way to activate the identification. When fans get upset about a result, it is a sign of high identification as it affects them personally. Being a Man Utd fan, they have taken the club and culture up as a part of themselves. They show it through e.g. their interactions, through their physical appearances (shirts, stickers etc.) and networking. Should the team lose, it affects them so much that they may not even want to go to work or school the next day because they identify themselves so much with the team and know that their colleagues know that too.

How does the insight gained from your thesis aid your business today?

It has affected how I cover football and also how I worked with the digital channels as Head of Digital in FC Copenhagen and the Danish Football League.

You often see clubs quickly remove almost all content from the frontpage if it has lost, whilst in case of a win, it will go on for days. Whilst I acknowledge this sporting drive, you may lose out on the fan identification drivers: Fans are still interested in the game, they may want to read interviews, see data or highlights from the game as a way to digest the defeat. It is too narrow-minded to think that the fans will forget about the loss right after. Instead accept that defeat is part of the sport and you as a club/media gives the fans a platform to commemorate the loss on – together with other fans.

What do you see as the single most significant element in the partnership between football and the media?

I think football clubs in many years have failed to see themselves as media companies. It may sound cynical to a fan (my 17 year old self would hate me for saying it), but what we see on the pitch and what we contribute with on the stands, is ‘content’. Clubs became media and entered this space when they launched their first website. This was the day they went direct-to-consumer, but clubs are only just beginning to realise that now. Once they have this realisation, the opportunities are endless for them. I wrote a piece about that here.

What is the gap in the market that OldTrafford.dk fills best?

Educating Danish Manchester United on what is going on around the club and the culture around it. I realised that myself when I met some Danish fans at a pub in Manchester singing United-fans, and asked how they knew these. They explained how they had sat down in front of their computer and learned the songs through the song collection we provide on the website.

Besides that, it has been a dedicated focus on Manchester United for the Danish fanbase for 19 years – which the club has never reached out to thank us for, or in other ways shown some recognition to.

What is the thing you are most proud of about OldTrafford.dk?

I am proud of so many aspects of the website, but probably the resilience we have shown throughout the years to the changing media landscape with the success and failure of Manchester United on the pitch at the same time. This is very much down to the fantastic generations of voluntary United-fans who have helped with the website. Among the current ones we have some that were not even born when I launched the website, whereas some of the former have gone to become award winning journalists and we even have a best selling authour among our former volunteers. 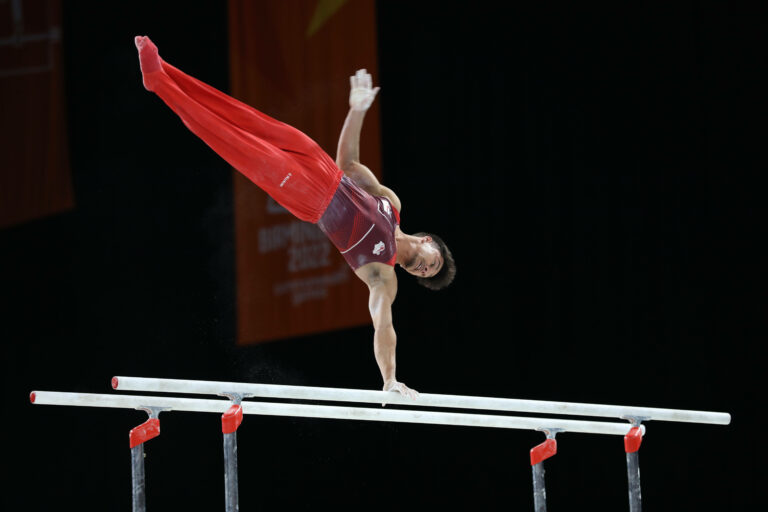