August 10, 2021. Documentary photographer Adam Rountree captured the days US intelligence warned that Afghanistan could fall to the Taliban. 5 days later, they took Kabul.

“The Taliban takeover during my trip was unexpected” says US documentary photographer, Adam Rountree. Initially in Afghanistan to shoot the challenges experienced by the translators working with US Forces, left behind when the US left Afghanistan, Rountree ended up being invited to travel to Kabul with local Taliban leadership amidst the takeover. With the biggest challenge labelled as miscommunication, Adam and his friend and colleague began the 500 KM journey through Taliban strongholds on their own.

Stating his belief in photography to have the power to change the world, Adam Rountree’s captivating images evoke powerful emotions and tell the stories of those he met in a country where the stories of everyday individuals are often never heard – all without words. From the connection made with his “fixer”, to the people he encountered in Kandahar and to the very real threats they all face, his collection from his time there is one of compassion, fragility and spirit, entirely underpinned by his personal belief that despite our differences in culture, language or politics – “we are all the same people.”

Can you tell us a little more about your passion for photographing social and political issues. How did you get started? What is it that drew you to this using photography as the communicative tool?

I was born in 1981 and grew up exposed to great images from around the world in National Geographic, the horrific images from various conflicts of the 80s and 90s in news magazines, and the historical images in history books and encyclopedias at school. I was never a strong reader, but the emotions, compassion, love, and anger expressed in powerful images captured my attention. I have always felt that photography had the power to change the world. As I have gotten older, I have seen history repeating itself and society’s senses becoming duller, but I still believe that photography can evoke powerful emotions and force us to face injustice. The end result, I can only hope, is that the next generation does not repeat the mistakes of the past generations.

You were in Kandahar when the Taliban arrived, on 10 August, can you tell us what the atmosphere was like then and following days?

It is hard to put a finger on the exact feelings in Kanadahar and other places where conflict is a part of their history and daily life.

People who have worked with foreign forces as translators/fixers/contractors and those who were wealthy enough to enjoy western privileges seemed nervous and scared. Those who lived in poverty did not seem to be as concerned. As an observer, I have found that those living in poverty were more concerned with putting food on the table and keeping a roof over their heads than worrying about who was in charge.

I met many people who were members of the Taliban, ’embedded’ in a democratic Afghan society, who were waiting for the Taliban to give word that they were taking over. Once the Taliban took over Kandahar on the 13th, they immediately switched and identified themselves openly as being part of the Taliban.

What challenges did you face as a photographer during this time?

The biggest challenge I faced was misinformation: my colleague and friend, photographer Juan Carlos, and I frequently received incorrect information or information which was no longer relevant. This made it extremely difficult to make decisions that kept us out of harm’s way.

For example, after the Taliban took over Kandahar, we were informed there was one last flight leaving for Kabul. When we arrived at the Kandahar airport, the flight had left the previous day, leaving us to navigate the 500 KM distance, through Taliban strongholds, on our own.

The danger here was that each Taliban group, with it’s own hierarchy, was a wildcard. We could encounter one of the younger leaders, who was friendly to the media, or we could encounter a leader from the older generation, whose views of the media could lead, at best, to a general “roughing up”.  The prospect of navigating dozens of unknown groups was decidedly unsafe.

As it turned out, yet another miscommunication occurred, and we missed the convey. We ended up navigating the 500 KM on our own. The roads were rough, and scars from years of conflict were clearly visible on the landscape and buildings, but despite our fears the Taliban forces were elsewhere, and we arrived in Kabul unscathed.

What do you see as the role or power of photography? How do you hope your work impacts specifically with this series?

I really feel that photography is a universal form of communication. Despite differences in language, in culture, or even in one’s ability to read, write, hear, or speak, a photograph is able to convey and express meaning. Photography is a powerful tool that captures and records historical moments in a way that nothing else can; that preserves and reminds us of the good and bad and all that we can learn from. It’s something that can be passed down for generations to come.

Although my work in Afghanistan only captured a small portion of a very large and complicated picture, I hope that my photographs will contribute to the documentation of this crucial moment in Afghan history, and help the world to see, even a glimpse, of what has transpired.

Did you experience anything or meet anyone during your time there as a photographer that has a significant impact on you?

I had hired a “fixer”, a local Afghan to help me navigate Kabul and Kandahar that had previous experience working with US and UK journalists. My original intention for my trip to Afghanistan was to document the struggles experienced by the translators working with US Forces that were left behind when the US pulled out of Afghanistan, and I needed someone local who could help find and communicate with these individuals.

The Taliban takeover during my trip was unexpected.

My fixer was a very connected, charismatic man who was well-versed in navigating the social nuances required to get information, and to move his clients through some sticky situations. He also openly criticized the Taliban with these connections.

When the Taliban took over, many undercover Taliban members who had resided in plain site, including in the police force, and in the Afghan military, revealed that they had been Taliban for years, simply waiting for the signal that it was time to put on their uniforms. As these people began to reveal themselves, my fixer realized that many of his connections – connections he had vocalized his anti-Taliban views to – had enough information to cause him problems. Indeed, people who he had spoken to just hours before the takeover who were assisting with my story, were actually working for the Taliban all along.

Despite these very real threats, my fixer continued to prioritize my safety and mission. His stance, though noble, was not unique. Time and again, I found this behavior consistent with the majority of Afghan people I encountered, who were frequently willing to open their homes and share their stories with me.

As someone that was there, what would be the main point you wish to convey externally or to your audience?

I feel strongly that despite our difference in culture, religion, language, geographic location, political structure or ethnicity, we are all the same people. Life is fragile and finite. It is my dream that the world can come together to achieve the goal of preserving life and progressing forward as one united people. Maybe someday I can portray this with my images.

Interview for our Afghanistan Stories: A Short Series. Adam Rountree is an award winning documentary photographer and photojournalist based in Jacksonville, FL and a ZUMA award winning Photographer. 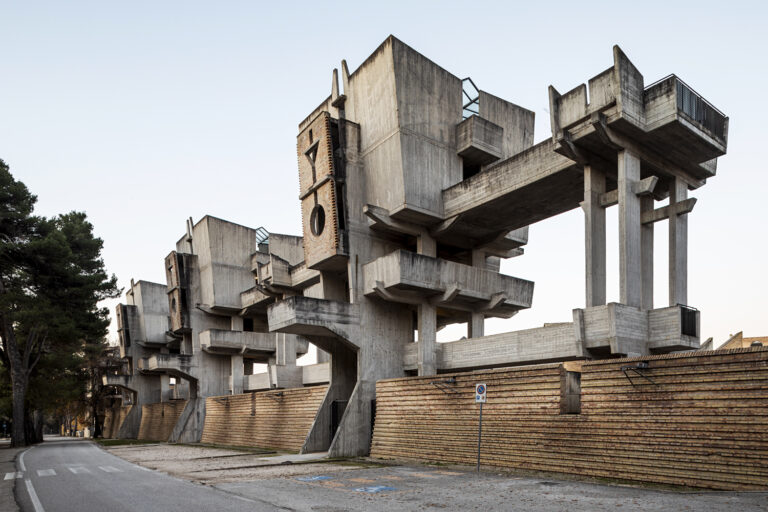 Developing his exploration of architectural styles and eras, architecture and interior design photographer, Stefano Perego, uncovers the artistic value and contextual influence Brutalist structures have whilst travelling across the former Soviet Union and Yugoslavia. 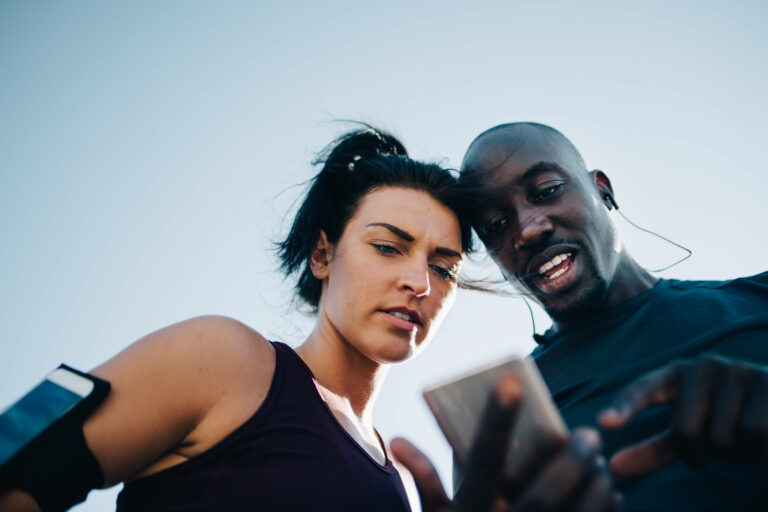 Connector within the Sport and Technology ecosystem, SportsTechX is finding common ground.

Created to “promote and navigate the global SportsTech ecosystem” SportstechX is cutting through all the noise in the sports tech sector. 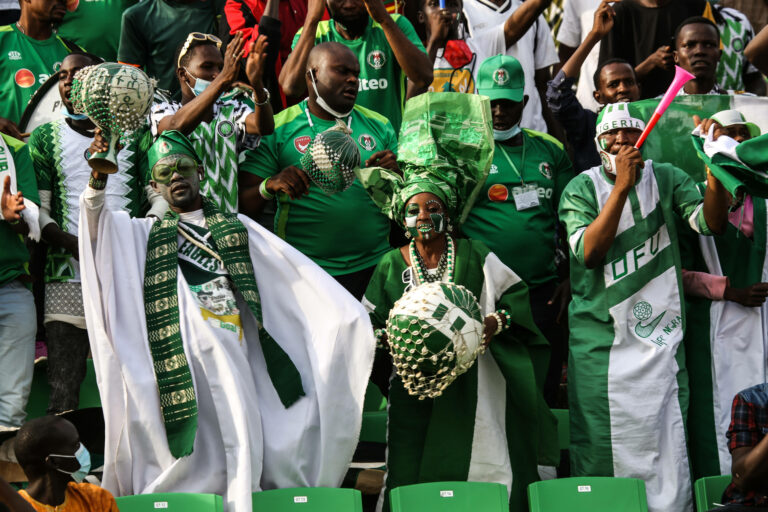 The Game columnist Andy Murray looks at how the pandemic has shaped how we interact with sport and what 2022 has in store for addicts in perpetual need of their fix.