Having grown up in Iran as an Afghan refugee, he dedicated his work to his home and spent the last almost-20 years documenting life amid war in Afghanistan, pushing for press freedom and human rights. IMAGO spoke to Massoud about his work and the role of photojournalism amid conflict.

It was 2002 and the fifth day of Nowruz — a traditional festival of love and rebirth — when Massoud Hossaini (no relation to Fatimah Hossaini) first saw his home city of Kabul in the daylight after a long journey through Afghanistan. Starting off his photojournalism career with local organizations and media, he then worked for Agence France-Presse (AFP), later Associated Press (AP), then as a freelancer and finally as a photographer for Foreign Policy magazine. Hossaini won a Pulitzer Prize and World Press Photo Contest award in 2012 for his photo of a girl surrounded by cadavers after a suicide bomb attack.

“For sure the Taliban always tried to kill me. I was once under attack on the top of the TV mountain and 10-11 bullets came to my car. I was lucky…and I watched a lot of 007 movies,” he recounts with a smile. He always knew he was on the Taliban’s black-list: He and his colleague covered young girls being married off to Taliban soldiers, were embedded with U.S. and international troops for years, and escaped the Taliban in August of this year by a hair. From capturing Charkint district Governor Salima Mazari pointing a gun or eating breakfast with her husband, to Taliban clashes or Herat militia leader Ismail Khan praying in his quarters, Hossaini has wandered into every crevice.

Despite being a world-renowned photojournalist, his future and status is still unknown in Holland, where he has found refuge with a temporary visa. IMAGO spoke to Hossaini about his career and what it means to be a photographer staring in the face of a brutal war.

Firstly, tell me a bit about yourself — what drew you to becoming a photojournalist?

Growing up in Iran I was a bit far from my own society. I knew I was from Afghanistan but I never saw the realities of Afghan refugees and I accepted whatever the Iranian government TV was saying. After I finished high school, I wanted to do something for my own society, so my father introduced me to a charity who were going to refugee areas. They were distributing food and I told them I could go and take some pictures.

So I went there and saw a horrible situation. People of mostly Hazara ethnicity were living there with nothing, to be honest. No road, no water, no power, no home — they were making some houses out of mud or metal or plastic bottles. I took photos and I communicated with an Iranian reformist newspaper and they told me to send them the pictures, but that they could not publish them. They saw what was going on and sent two professional photographers, and we developed this story together about Afghan refugees. It made it into an exhibition in Iran — my photos couldn’t participate because I was a refugee myself and I didn’t have that permission — but many of the people who came were really surprised.

I understood that what I can say and what I can explain about reality is much better to show in photography than with text. If I say these refugees have nothing, nobody cares. But when I show it, people can see it. So then I realized that this is what I should do and this is my responsibility.

You recently had to flee to Kabul and were given a temporary Visa in Holland. Can you tell me about the evacuation?

I actually wasn’t evacuated. I knew what was going on because I covered it and I was on the frontlines, and realized that the government had completely broken down and failed. The last war zone that I covered was Herat and it was a really horrible time — I saw the execution of two Talibs in front of me. Then there was the attack on the airport so our flight was cancelled and I had to use another strategy to get out of Herat. By the way, we were so close to being arrested and killed by the Taliban there because the war zone was so close to our hotel.

We came back to Kabul on the 10 or 11 of August and on the 12 of August, Herat had fallen completely to the Taliban. Then there was a lot of horrible news because Herat is the second city for me in Afghanistan, I love it. It broke me down completely. I went to Turkish Airlines and booked the very last ticket on the 15 of August.

Can you tell me a bit about life as a photojournalist in Afghanistan, considering also press-freedom?

Well I am really honored, let’s say, that I was part of a lot of big changes for the media and freedom of speech in Afghanistan. I tried my best and whenever there were a lot of taboos in society about female life and activities, I was always the first to make a report and show the realities. I started with my own sisters who were Taekwondo trainers and medalists. There is one photo of my younger sister with her legs open during an exercise — That’s a big taboo! But I showed all of it and I could talk about it. I am so happy actually that I was part of the biggest, let’s say ruined, achievement of the free press and circulating information in Afghanistan.

There were a lot of restrictions from the government, from the Taliban for sure, and even from the AP office. It was so difficult with the politics from the government — for example they didn’t want me to make a photo report of the women’s prisons or women self-burning in the hospitals, these kinds of issues that they didn’t want us to know about. They were making it selective — for the explosions and press conferences there were no limitations. They never let us be embedded with the national army because we knew the weaknesses and in these last four months, I tried to communicate with them many times to let me see what they were actually doing. But because the army was already broken down and failed, they never let me. When I asked the government and intelligence service to find out who attacked me [on the TV mountain] they couldn’t do it. That was in 2018 and I realized then that the government was very weak.

Like with many issues, the world put so much focus on Afghanistan during the evacuations, but the before and after is often left out of the spotlight. What are some of your biggest frustrations as a photographer and member of the media?

People think that photographers only take pictures, and not that they are analysts or aware of the situation. Although, this is completely wrong. The best and the most powerful picture will be when you are so close to the subject you understand the story and subject much better than anybody else. If your subject is war, you can understand the nature of war. If your subject is violence against human rights, you can understand that. And whatever was going on around me, I could see it everywhere. And that’s why I understood really soon that the government was collapsing.

From 2009 I was trying to communicate with Nato and ambassadors by telling them what I saw in the front lines and about the ethnic politics, and they didn’t listen. I am sad, angry and resentful because I lost my country, my home, my city and my subject — and that is the most painful. When you take the subject from a photographer what does it mean? I have only a camera right now — in Holland I cannot say that I am a photographer because I cannot understand my subject here yet. They took my 20 years achievement for freedom of speech, to develop art and photography, and they took all my memories and my home. I never was ready for that.

What do you hope to achieve with your photography?

I really wanted to show the real and ugly face of war and violence, and I really wanted to show that the face of civilians is much more beautiful than the face of war. Showing the artists, the girls enjoying a concert, a wedding, the girls football team, fashion shows etc is much better than showing the violence. And to be honest I really thought that my Pulitzer picture would impact terrorists and the government, but they probably didn’t have that sense of humanity.

Interview by Sofia Bergmann for our Afghanistan Stories: A Short Series. Massoud Hossaini is a photo-journalist and winner of the 2012 Pulitzer Prize for Breaking News Photography.

See some of his most recent work here.

She was driven by the endless identities within Afghan women which the world rarely sees. Through her portraits, Hossaini aims to dismantle an often one-sided narrative surrounding her motherland.

August 10, 2021. Documentary photographer Adam Rountree captured the days US intelligence warned that Afghanistan could fall to the Taliban. 5 days later, they took Kabul. 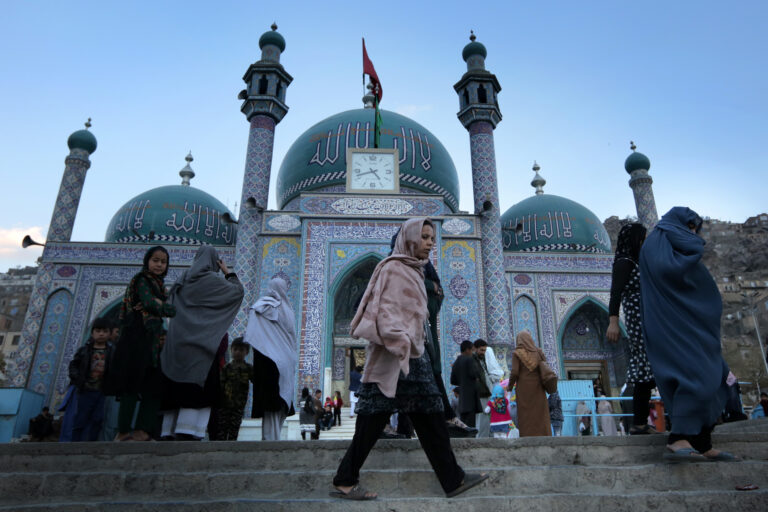 Afghan Stories: “My photos are the voice of the silent community” – Maryam Majd.

We speak to award winning photojournalist, Maryam Majd about her time in Afghanistan and her experience photographing the women battling against historic traditions and living in the shadow of the Taliban.