Starting in sports photography from a young age, photographing his high school track and field team, Paul Sutton of PCN Photography tells IMAGO just how his career has evolved to the established status he holds in the industry today. From his first Olympics in 1976, Montreal, he has since covered 22 summer and winter Olympics in total. Capturing moments generations remember today and preserving sports personalities in time, read about his life in the industry here.

What are the earliest memories of sports photography in your life?
Photography has always been in my family from a very young age. My father came back from World War II as a Polish holocaust survivor. He brought a Contax rangefinder camera back with him from Germany. He was always using that for family snapshots.
But sports photography really started for me in high school. As a 10, 11 year old, I ran local road races and later ran track for my high school’s team in New York City. As time has told, my photography skills are better than my running abilities, but I still ran track all through high school. Early on, I started photographing my teammates and the local teams we competed against. My brother and I used to sell black and white prints we developed in our parents bathroom to teammates. We would just seal up the bathroom, blacking it out, and make that our dark room. It grew from local track and field races to covering national track events where my
photos were published by The New York Times and Newsweek . That was my big break to begin covering the Olympics.

What do you think the role of sport serves in society?
It depends on what level of sports you’re talking about. These days, a lot of the professional sports leagues, or even the Olympics, are driven by money and maybe a certain fervent fan base. It’s a little like politics. With politics, there’s always good and bad, but there certainly seems to be a lot of corruption and money that overrides pretty much everything. So what does it serve? It’s hard to say. You get into the college level— for example in the United States— there’s a lot of exploitation of student athletes. That’s a shame because that’s the level at which they could benefit the most. At the youth levels it’s great for socialization and teaching values, but it can get very competitive, and that detracts from what sport should be about— healthy competition, teamwork, and camaraderie.

Sport can be like a dance movement with its purposeful action. The key is capturing a moment of that action. One thing I find interesting, especially as I’m primarily a still photographer, is looking at TV footage of events I’ve covered and comparing it to my photos. It still amazes me how you perceive things differently when looking at a single moment. That’s what photography does. It captures a moment, locks something in. It allows you to linger.

You’ve been photographing sporting events since 1974 including 22 Olympic Summer and Winter Games. How have things changed over the years for sports photography?
The Olympics are a great example of how dramatically things have changed across the entire industry. My first Olympics was in 1976 in Montreal. Back then, the Olympics were niche events, only hardcore fans of the sports attended the games. The relationship between the media and the athletes was much more personal. They didn’t have the kind of money, sponsorship, and scale they do now.
As things grew, they began to have these huge press centers, full of people in the media. This was during the film days, before the internet, so these rooms would be full of writers, photographers, and editors from all around the world.
But then, things went to digital. Now you still have these press centers, but there’s very few people there. Everything is done remotely. Everything is done digitally and sent over the web. Only a few photographers and writers attend these days. You don’t have that human interaction on the business side during the events themselves.

Due to COVID, we have lost access to live games and major tournaments. How has this changed your approach and practice?
COVID has been devastating in a lot of ways. All of my major events have been canceled or extremely limited. I was set to attend the 2020 Olympics in Tokyo. Now they’ve scheduled for 2021 and it’s still possible they’ll cancel. Not having fans at events would totally change my practice. Without fans, you lose the energy and intensity of the event. Such a loss would take away from the game itself. Luckily, I have an archive of analog photos going back many years. Digitizing, editing, and cataloging those take a lot of work. That’s how I’ve spent much of my time this year.

Are there any images or sports personalities in the archive that, looking back, informed something really important about you and/ or your photography?

I can think of images that I have taken that inform my views. Major historical events or personalities. Nadia Comanici perfect scores at the 1976 Olympic Summer Games, Montreal, Canada, USA Ice Hockey team at the 1980 Olympic Winter Games in Lake Placid, NY. A young Mike Tyson training in upstate NY before he became champion, Florence Griffin Joyner competing at the 1988 US Olympic TF Team Trials in her very personal outfits,  The towers of the World Trade Center collapsing on 9/11/2001 photographed from the roof of our office building on 19th Street in Manhattan, Torvill and Dean Olympic Ice Dancing like no one else, Tiger Woods, Michael Jordan, Shooting a feature of Sergey Bubka in Ukraine for Nike prior to the 1992 Olympics. And Athletes where their triumphs turned to scandal, Lance Armstrong, Alberto Salazar, Marion Jones. Many many events and athletes so many more than listed here informs your views and knowledge.

You supervise many art creation and direction projects. Was this a natural progression and what are some of the most challenging or creative projects?
It feels like a natural progression. I started out as a photographer shooting live sports events and then also began shooting model released productions. As the company grew in staff and photographers, we wanted to create more productions: real life, authentic sports photography. We used athletes, but not necessarily professional athletes. I organized a team of our photographers and staff to do group shoots sometimes over multiple days and locations.

Once I sent one of our photographers to shoot an American football model released production shoot. We set up a field and some athletes for the shoot and I got a call and the photographer said to me, “it’s supposed to snow here in Colorado during the shoot, should I still do it?” And I said, “Snow? That’s the most incredible gift you can have! Go out there and shoot in the elements.” He came back with some great pictures with the snow coming down. Sometimes you can’t predict the shoots you’re directing, but you have to view whatever happens as an opportunity.

What frustrates you on the business & industry side of things?
When digital first started and websites were just beginning, print was still the focus and websites were considered additional. And the pricing reflected that.
At the time, I think that was a reasonable request. But as websites began to displace print, that attitude never went away. Pricing has been so depressed that it really makes it difficult to go out there and produce stock because the return is so low. The loss of print has really altered the business landscape.
The other side of this is the consolidation of mega photo agencies. That has not been good for many photographers. Before, there were lots of newspapers, magazines, and books. It was a thriving global market. A lot of the agencies back then were more mom-and-pop type operations. Now you’ve got a couple of mega agencies that wield a lot of power but aren’t advocating for their contributors in a way that could push the prices to a fairer level.

Give us 3 sporting predictions for 2021.
I think for 2021, there really is only one sporting prediction: the COVID pandemic is going to continue disrupting the overall landscape. I think we’re going to be in this for most of the year where a lot of events will be postponed, delayed, or canceled.
As for events that are being held without crowds or fans, it could still be dangerous and end up risking the health of a lot of people. It remains to be seen, but I think it’s going to be another year of disruption, and I don’t think it’s going to get better soon. But hopefully, maybe by the fall, we’ll see some daylight in this thing.

To browse the extensive PCN Photography archive, take a look at our IMAGO page, visit their Website direct or follow them on Instagram for regular updates. 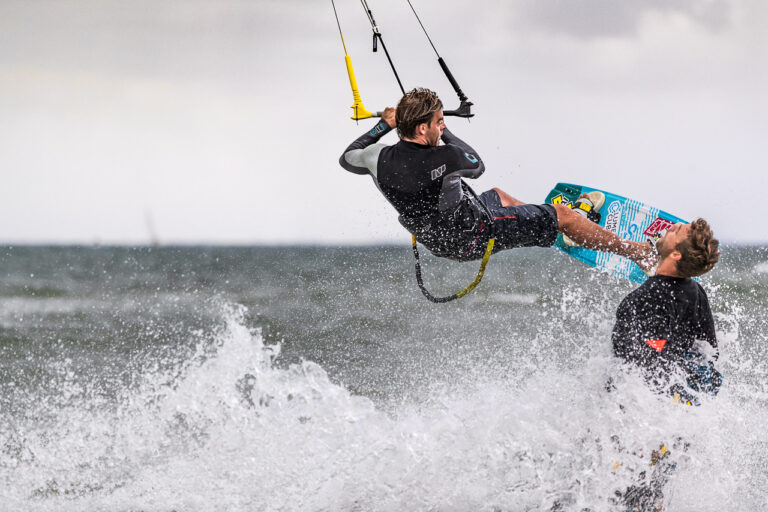 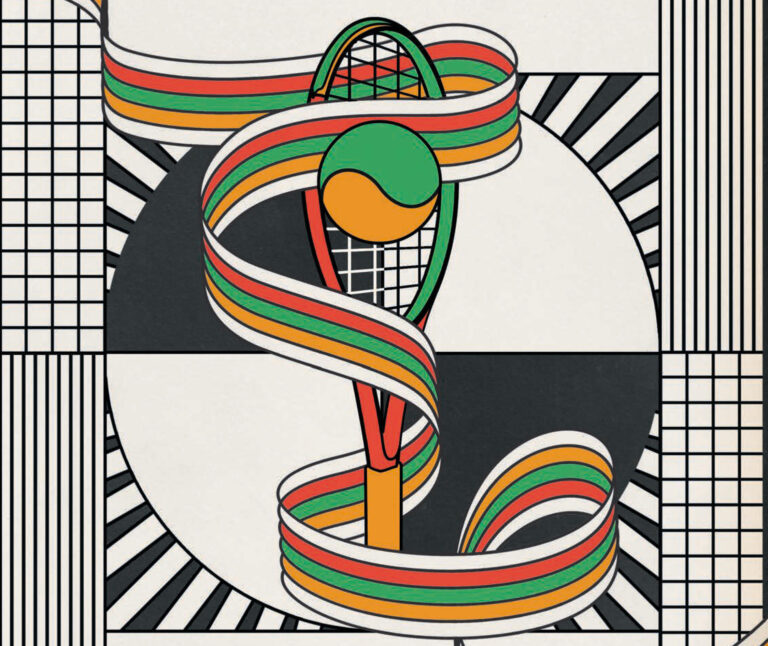 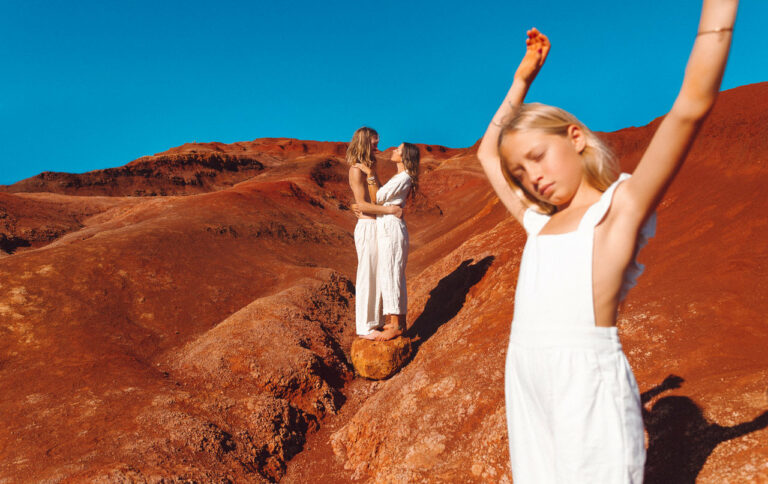 “A struggle most creatives have is finding their ‘voice’ through their art. Color helped me with that.” – Natasha Wilson.

Immerse yourself in a vivid world of color, strong women and bold lines with LA photographer, Natasha Wilson. Capturing women with both composure and vitality against bold backgrounds, her work is often born from a single color.